Bengaluru's Pub Puzzle: Guzzle On Bottled Beer But Draught Is Out

Pubs that serve draught will remain closed for now. 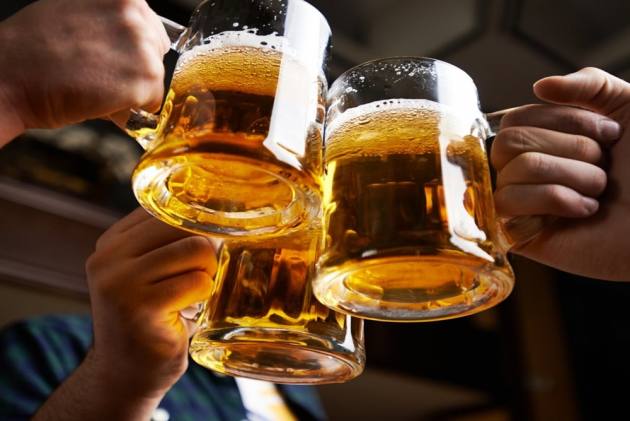 In India's original pub city, there's currently a riddle over how you can have your beer served -- poured out from a bottle or drawn from a tap. As lockdown restrictions have mostly unwound in Bangalore, businesses are now open to customers – this includes bars and restaurants, of course, with early night deadlines and Covid guidelines. Pubs that serve draught, however, will remain closed for now.

That’s the peculiar part, many reckon. Draught beer didn’t get the green signal but watering holes have the go-ahead to serve bottled beer -- an unlock regulation that has perplexed restaurateurs who only serve draught. What’s the logic in turning the tap off, they ask? Some say it all narrows down to the officialese.

Amit Ahuja, managing director of AA Hospitality which runs Misu and The Open Box restaurant-bars, believes these traces back to the Karnataka government’s original notification which used the term ‘pub’. Since there are various types of liquor licenses, he reckons the excise department naturally zeroed in on the classification for outlets that hold draught beer permits known as a retail vend of beer, or RVB, license. “So, the excise department is doing its duty as per the government notification,” says Ahuja. But microbreweries, he points out, are open because they are licensed as...well, microbreweries. So are bar & restaurant establishments because they are covered under a different license.

Whiskey Or Whisky – What's The Difference?

Walk With The Master Who Blends Your Johnnie Walker Whisky

A similar situation had occurred briefly last year in March when the pandemic threat first broke out and pubs were ordered shut as a precautionary measure but not bars with the general liquor licenses – of course, everything shut down eventually as the country went into lock-down.

The number of independent RVBs in Bangalore city is quite low, says Ahuja. Many establishments have combination licenses.

Draught beer, explains chef Manu Chandra, who heads the Bangalore chapter of National Restaurants Association of India, was essentially the go-to thing a few decades ago when Bangalore became a pub city. “So, anyone who got that (RVB) license was categorised as a pub. Now, a lot of bars also feel the need to serve their patrons' draught beer so they have something called an attached RVB.”

Currently, those with attached RVB licenses can still function under their general liquor license, the caveat being they cannot serve draught beer, he says. The irony, he points out, is that the busiest bars in the city are usually those with combination licenses. “So just to limit the RVBs doesn’t make sense.”

Ahuja points out that two of his restaurants that serve alcohol (including bottled beer) are open for business but not the third which holds a draught beer license.

“In the entire scheme of things, somehow this does not make sense at all. Somebody needs to explain to the government that when they are making notifications, they need to keep these terminologies in mind,” says Ahuja. “The last thing we need are such ambiguities that lead to further losses. We are proposing to write to the authorities.”

“A uniform rule across the board irrespective of the type of license and Covid-appropriate measures, which means no overcrowding, is really what needs to be enforced,” says Chandra.