On social media, Trinamool leaders and supporters, as well as persons who do not endorse TMC's politics, called Supriyo a ‘male chauvinist’. 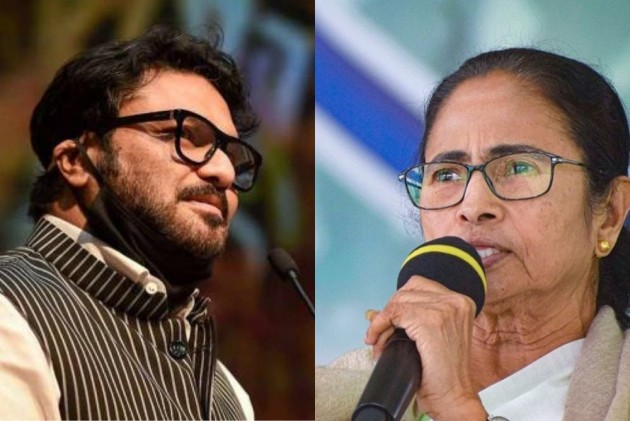 Union minister Babul Supriyo's tweet on the Trinamool Congress (TMC)'s campaign terming Mamata Banerjee as Bengal's own daughter has triggered a controversy, as the singer-turned-politician's post on Facebook and Twitter said "Beti Paraya Dhan Hoti Hai", meaning a daughter is someone else's property.

In the posts, Supriyo mentioned that it was originally posted by the BJP's Asansol district unit and then endorsed what had been said in the accompanying meme.

Supriyo, while sharing the meme, wrote, "Kar hi denge is bar vidaa" (Will send her off, for sure, this time).

On social media, Trinamool Congress leaders and supporters, as well as persons who do not endorse the TMC's politics, criticised Supriyo for “male chauvinist” and “patriarchal” comments.

"Wow! This is what a Union minister is! Shame, Shame!" TMC state unit spokesperson Debangshu Bhattacharya commented on Supriyo's posts.

One Facebook user named Jit commented, "You better go to the middle ages, that's where you belong, you have no place in a healthy society."

Another person, Swati Sanyal, wrote, "Please don't talk like this. I too want the Mamata Banerjee government to go and the BJP to come. But this does not mean women should be projected as burdens. This kind of thinking is not right."

A large number of those who commented on this post were women and they called it “regressive”, “patriarchal” and “chauvinist”, among other names.

Several women commented that Supriyo was not worthy of being a father of two daughters.

The post had drawn nearly 1,000 comments within two hours of Supriyo posting it. A majority of the comments were in criticism.

Outlook tried to reach out to Agnimitra Paul, the women's wing chief of Bengal BJP, but she could not be contacted.

Locket Chatterjee, a Lok Sabha MP from Hooghly in the state and a former chief of Bengal BJP's women's wing, could not be reached for comments either.

On Friday, Mamata Banerjee, too, referred to herself as Bengal's daughter.

"One of the key battles FOR DEMOCRACY in India will be fought in West Bengal, and the people of Bengal are ready with their MESSAGE and determined to show the RIGHT CARD - #BanglaNijerMeyekeiChay
(Bengal Only Wants its Own Daughter)," Kishor wrote.

Earlier, Prime Minister Narendra Modi had criticised the state government for delay in implementing the piped drinking water project for every household, asking if the "daughters of Bengal" were not suffering.