Between Shells And Dams: J&K’s Gurez Valley, Where Land Is Needed And People Are Not

The Kishenganga Project left the historically rich ‘Dard-Shin’ tribe of Gurez valley devoid of their land, identity, culture and livelihood. Now, they are facing an existential threat as fears of avalanche and other natural disasters loom large in their minds. 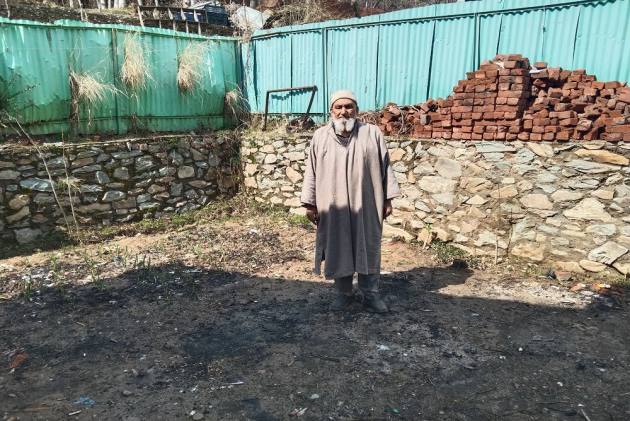 On March 31, an alert was sounded by administration at Gujran village located inside Gurez valley in north Kashmir’s Bandipora following an avalanche. People were asked to remain indoors. There were fears about exceeding waters of Kishenganga river due to huge mass of snow slipping into it. Inside their homes, people apprehended that another disaster similar to recent Uttarakhand tragedy might be in offing for them. However, administration refuted speculations and asked people not to panic.

The fears however remain when 330MW Kishenganga Hydroelectricity Power Project (KHEP) is inside Gurez along the Kishenganga river. The experts are also apprehensive particularly when the sudden flood in the middle of the day in the Dhauli Ganga, Rishi Ganga and Alaknanda rivers — all intricately linked tributaries of the Ganga — triggered widespread panic and large-scale devastation in the high mountain areas in Uttarakhand.

“Building these hydroelectricity power projects inside eco-fragile zones is questioned, particularly after Uttarakhand,” said Dr Peer GN Suhail, who has done extensive research on the KHEP’s impact on Dard-Shins in his book ‘Pieces of Earth: The Politics of Land Grabbing in Kashmir’.

Political Killings In Kashmir Are Politics By Bloodier Means

The apprehensions are not recent. The story of KHEP is inseparable from the life of historically rich ‘Dard-Shin’ tribe. 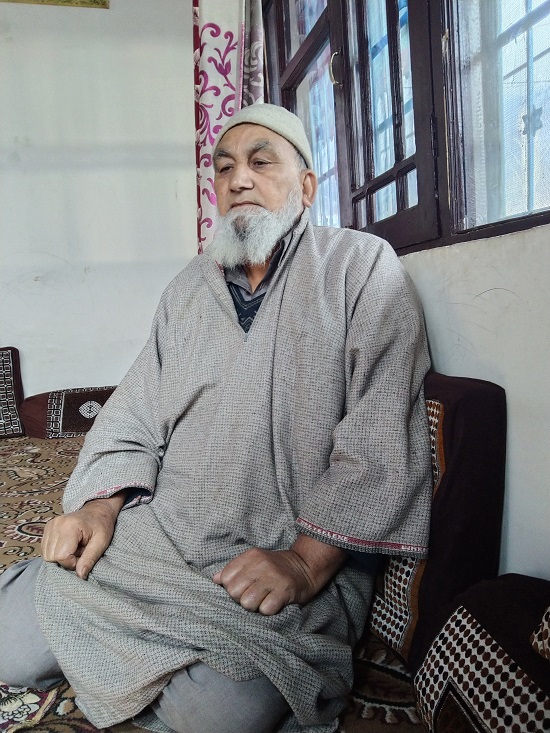 Buying fish on a sunny day reminds Ali Mohammad Lone (66) of his home tucked high up in the mountains. He remembers catching delicious trout fish in gushing waters of Kishenganga River. He yearns to repeat yesteryears sojourn, however his wish will never be fulfilled, since there is no such home now.

Badwam village, Lone’s erstwhile home located in Gurez valley is among the villages that exist now only in memories of Dard-Shin tribe now. Similarly, Khopri village of Gurez is also history. The parts of villages in Gurez including Wanpora, Khandiyal and Dawar have also lost some of their land. The part of ‘land of Dards’ is history buried under the dam of 330MW Kishenganga Hydroelectricity Power Project (KHEP)—that had once been the bone of contention between India and Pakistan along the Line of Control. Pakistan had challenged the project invoking Indus Water Treaty of 1960, however the International Court of arbitration at The Hague gave the verdict in India’s favour in 2013.

In 2016, following Uri attack, shells from across LOC had landed on KHEP.

As water submerged their lands, nearly 300 families of miniscule Dard-Shin tribe— living at Badwam and Khopri villages— limited to their last sanctuary in Gurez Valley on this side of LOC face existential threat.

On the other side, Dards live in Gilgit-Baltistan. Historically rich Dard-Shin tribe had once spread themselves from northern Afghanistan to central Tibet.  Even ancient Greek historians mentioned about this tribe. Their seat, marked author Sir Aurel Stein, had not changed. Their home Gurez was once gateway along ancient Silk route to Gilgit Baltistan. It connected Kashmir to Kashgar, now Chinese Xinjiang province. Archaeological findings also suggest that last council of Buddhism has also been held at Kanzalwan in Gurez. It is the place where Kashmir’s first settlement commissioner Sir Walter Lawrence was left mesmerised by the valley’s beauty. In his account, Lawrence notes particularly about huge grove of poplars in Gurez, now all submerged under water. 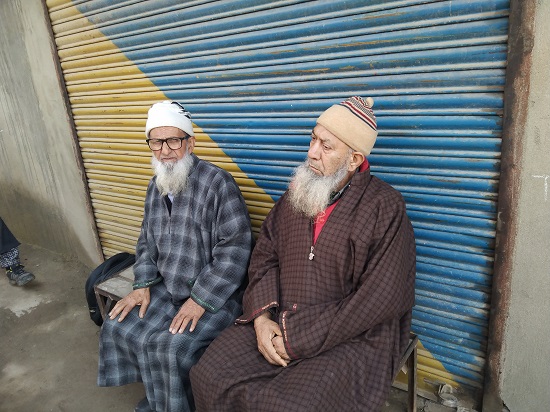 Now, the displaced Dards from Gurez who lost their homes are scattered all across Kashmir. Some are residing in Srinagar, others in Baramulla, while some opted to reside downhill in Bandipora. Lone curses the day, he lost his abode in Gurez. “We never wanted to leave our homes. It was everything for us. Then when the project was started, they started forceful eviction. We had no option but to take compensation and leave,” said Lone, who now lives at Mantrigam village in Bandipora, nearly 80 kilometres from his now no more home.

On an average, Rs 38 lakh was provided to each family who lost their houses and land under the KHEP. “They gave us Rs 5.75 lakh for per kanal (one kanal is equal to 0.05 hectares) of the land. Besides, we were promised 30 percent more under forced eviction, which hasn’t been given to us,” said Lone.

For Akhter Hussain Samoon (75) who also hailed from Badwam village, material compensation cannot compensate what they have lost: their centuries old home and their tribe’s only sanctuary.

Gurez, besides scenic beauty has also rich vegetation. The region’s potatoes, pulses and especially cumin seeds have huge market due to their quality, and also because Gurezis do organic farming instead of using pesticides in their farms. The Gurez Valley’s Izmarg potato farm is also famed for its high-quality potatoes. One kilogram of cumin roughly fetches Rs 40,000 to Rs 50,000 for people of Gurez. 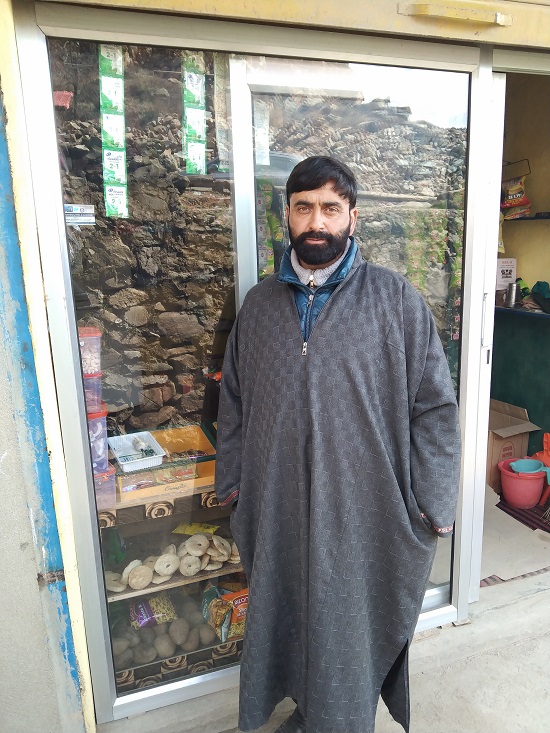 Manzoor Ahmad, former armyman at his shop in Mantrigam Bandipora.

“We have lost our identity,” said Samoon, also living at Mantrigam now. There are people in Gurez who do government jobs, some are even bureaucrats, police officers and some work with Army. However the famed valley is known for people tending to their farms and rearing livestock. Especially, Dards used to stand apart in a crowd donning their woollen caps known as ‘Chasme-Bulbul’, made from yarn of sheep wool.

“There are no pastures now for us. We don’t live anymore at our home. There is hardly among us from displaced population who wears it now,” said Samoon.

Dr Peer GN Suhail said these sort of displacements of a tribe or a population cannot be quantified, since it also leads to loss of culture.

“These displacements and dispossessions lead to de-peasantization. The people were doing peasantry. Now, they no longer are peasants. It also leads to loss of culture, which cannot be quantified. Once the displacements happen, with that the culture and language also go away. It also has a huge impact on ecology and water resources,” said Dr Suhail.

He also ridicules compensation paid in cases like of Dards. “Often the discussion on displacement and dispossession is that people are being fairly compensated. But once the people move to urban areas or cities, the amount of compensation they have would not even fetch them one kanal of land with that money,” he said.

Ghulam Rasool (73), who originally hailed from now no more Khopri village said families who had lost their houses and lands under the project were promised jobs, which were never given. “Later, we were promised one time compensation evaluating lifetime salary of an employee. That is also stuck,” said Rasool.

Dr Suhail said hydroelectricity power projects don’t create employment. “It is a myth. It is during construction people might be needed like 1000 to 4000 people. But once the construction is over and the execution starts, there is no need for 300-400 people. It would require just few people to run it”.

Former MLA in erstwhile J&K state from Gurez, Nazir Gurezi said there was a proposal to provide compensation to the affected people due to KHEP in Gurez on a model wherein one family member from each of the affected household would be provided job on daily wage basis.

“But the file is stuck with J&K government from 2019, while NHPC is ready to give it. There is also provision for one time salary paid to one in each affected family that a person would earn during his lifetime as a daily wager,” said Gurezi.

The people living in villages falling downstream from the dam including Kanzalwan, Bakhtore, Chuntiwari, Jelandora, Taribal are also concerned about leakage or dam collapse in future. “We all would submerge,” quipped a villager at Kanzalwan.

Gurezi said there was also a proposal to provide five marlas (one fourth of a kanal. One kanal equals 0.05 hectares) of land to each of the households in these villages. However, it has also fallen in abyss.

The proposal of one megawatt free electricity to the affected villages has also not been provided to them, though Gurezi said the project has been sanctioned and work on the project will start in April this year.

When the KHEP had not started, nearly 25 kilometer underground tunnel from Kishenganga River in Gurez upto the projects power station at Bandipora had made coming and going of Dards into their valley easy. Their otherwise 80-kilometer journey through treacherous road was reduced to just one-hour journey. However, that was until water was not released into the dam.

Gurezi has a solution for this issue of Gurez people. “We don’t need tunnel for 12 months. We need it for four months from December to March. That is when we could use tunnel of the KHEP, since there is less flow of water in winter months, and only one turbine remains functional. A small train through the tunnel would ease people’s hardships,” he said.

There is also a way Dards are hoping to go to their last sanctuary. It is through tunnel from Athwatoo in Bandipora which would open at Khandiyal in Gurez. However, touted as all-weather tunnel for Gurez, it has been in limbo since 2005.

The tunnel raises some hope for Lone to go into his Gurez again, where he aspires to build that home of yore again. “I hope they build the tunnel. You cannot imagine how easy was to travel between Gurez and Bandipora. We would go back to our valley,” said Manzoor Ahmad, who hails from now no more Khopri village.

A former soldier with Army, Ahmad said they belonged to that place only, and yearn to return back to mountains again.

For Dard-Shin tribe, Dr Suhail concludes their case is of where “the land is needed and people are not”.