Beware! These Monsoon Maladies Are Deadlier Than Covid-19

Every year, the onset of monsoons brings with itself a host of diseases. A little carelessness about the symptoms of some of them proves to be life-threatening. 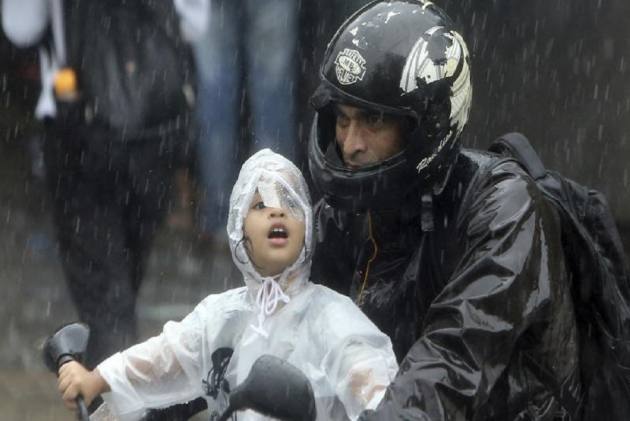 Since March 2020, Covid-19 has predominated all other health issues and all precautions are directed towards protection from this viral disease. "Most of the disease during monsoons have an inocuous presentation but may go on to become lethal if not diagnosed and treated on time," Dr Mala Kaneria, consultant, dept of infectious Diseases, Jaslok Hospital And Research Centre Mumbai said.

“Since the focus and reporting of the virus, Sars_Cov_2, gets prominence due to its unpredictable behaviour, people seem to have forgotten that many other seasonal ailments can at times be deadlier than Covid-19,” Dr. Trupti Gilada, Consultant Physician in Infectious Disease, Unison Medicare and Research Centre, Mumbai, said.

Every year, the onset of monsoons brings with itself a host of diseases. A little carelessness about the symptoms of some of them proves to be life-threatening. Here’s are some of the most dangerous pathogens one needs to be watchful about from the very initial stages:-

1. Dengue: It is a mosquito-borne illness caused by the Aedes aegypti mosquito which breeds in stagnant water (such as in buckets, drums, flower pots, wells, and tree holes). With the change in landscapes and urbanisation, these organisms have adapted themselves and are now found in urban homes as well.

This causes fever with extreme fatigue and body aches. The complications can cause hemorrhagic shock, severe drop in blood cells, liver and kidney involvement and sometimes severe breathlessness if lungs are involved.

Dr Tushar Tayal, Consultant, Internal Medicine, CK Birla Hospital, Gurugram says, “Dengue, at times, can reach epidemic proportions. Human beings develop the disease after 5 – 6 days of being bitten by infected female mosquitoes that feed both indoors and outdoors during the daytime (from dawn to dusk).”

He adds, “It occurs in two forms: classical dengue fever also known as “break bone” fever and dengue haemorrhagic fever (DHF) which is life-threatening. It is highly contagious and spreads from one person to another through mosquito bites.”

Health experts say that the infection is characterized by flu-like symptoms which include a sudden high fever coming in separate waves, pain behind the eyes, muscle, joint and bone pain, severe headache, and a skin rash with red spots.

Treatment includes supportive care at home in the form of paracetamol for fever, antiemetic for nausea and adequate fluid intake. There is no antiviral treatment available and there is no role of antibiotics.

2. Chikungunya: Along with Aedes aegypti, another type of mosquito Aedes albopictus is responsible for this disease which produces symptoms such as fever and joint pain.

Though the death risk in Chikungunya is around 1 in out  of 1000 infections, people with other health complication are at the risk of developing a severe infection that can cause extreme weakness and joint pain for several months.

According to the World Health Organisation (WHO), “The disease mostly occurs in Africa, Asia and the Indian subcontinent. However, a major outbreak in 2015 affected several countries of the Region of the Americas and sporadic outbreaks are seen elsewhere.”

It added, “Due to the challenges in accurate diagnosis for chikungunya, the is no real estimate for the number of people affected by the disease globally on an annual basis.”

3. Malaria: This is also caused by a single-celled parasite called Plasmodium transmitted through bites of the Anopheles mosquito. This species of mosquito breeds in water channels and streams.

Malaria is accompanied by a high fever with chills and weakness. It can sometimes get complicated and cause other systemic involvement like a severe drop in platelet counts, kidney or liver involvement.

Doctors suggest some of the preventive measures that can be taken to avoid disease caused by mosquitos:-

4. Typhoid: Caused by Salmonella Typhi bacteria, is a water-borne disease that spreads because of poor sanitation and can be life-threatening. Eating uncovered or spoilt food and drinking contaminated water are the two major causes of typhoid. Poor drainage and water delivery systems can often be responsible for unclean water in your taps.

Symptoms include fever, headache, joint pain, and sore throat. This can sometimes continue for days before it gets diagnosed and sometimes has gastrointestinal complications.

5. Cholera: It is another life-threatening disease that can kill even healthy people within a few hours of infections. It is caused by the bacterium ‘Vibrio Cholerae’ which enters the human body along with the consumption of contaminated food and water.

According to the WHO, “Among people who develop symptoms, the majority have mild or moderate symptoms, while a minority develop acute watery diarrhoea with severe dehydration. This can lead to death if left untreated.”

Normally people recover without any long-term health complications, however, in some rare cases, it can cause liver failure as well. According to the WHO, certain sex practices can also spread Hepatitis A.

It said, “Infections are in many cases mild, with most people making a full recovery and remaining immune from further HAV infections. However, HAV infections can also be severe and life-threatening. Most people in areas of the world with poor sanitation have been infected with this virus.”

7. Leptospirosis: Leptospirosis is mainly a monsoon related infection associated with exposure to water, soil or mud contaminated with the urine from infected animals. Leptospira bacteria enter the body through skin cuts or abrasions when a person wades through contaminated water during floods.

According to Dr Sulaiman Ladhani, Consulting Chest Physician, MD Chest and Tuberculosis, Masina Hospital, “The bacteria are present worldwide, but are usually endemic in tropical and subtropical areas with poor sanitation and in agricultural areas with livestock operations or rodent infestations.”

Doctors say that the infection is characterized by flu-like symptoms which can appear 2 to 30 days (usually 7 to 10 days) after exposure to the bacteria. Symptoms include sudden high fever, headache, muscle pain, chills, red itchy eyes, difficulty urinating, skin rash, nausea, vomiting, and diarrhea.

While most of the people recover from the illness in a week there are few who may suffer from persistent human leptospirosis (PHL) in 5 to 10% cases. These long-term effects can run for several years and are often not correctly identified and treated by medical professionals. These symptoms include persistent fatigue, headache, eye pain and uveitis, psychological changes and depression.

Health experts suggest following precautions to protect oneself from Leptospirosis:-

8. Influenza: It is transmitted by influenza viruses through the respiratory droplets of an infected person.  It causes fever, cold, cough, and sore throat. They are mostly mild and cause minor infections in adults. However, due to a weak or developing immune system, senior citizens and children are more prone to severe infections.

According to Dr Gilada, prevention modalities of Influenza are similar to that of Covid-19.