Amarinder Singh reiterated that the farm legislations were 'anti-farmer' and introduced without any discussion with the stakeholders. 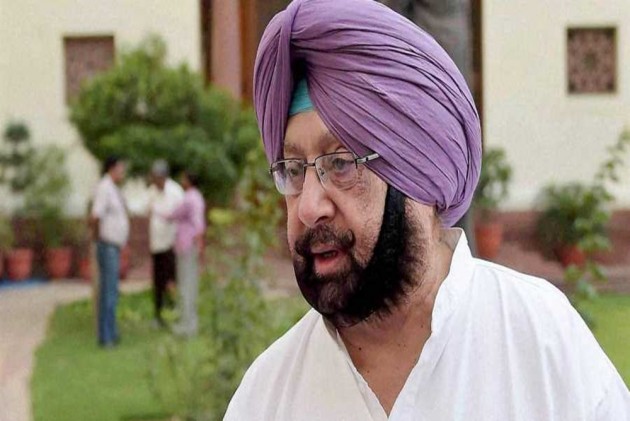 Punjab Chief Minister Amarinder Singh on Tuesday said the unity showcased by the farmers through the 'Bharat Bandh' has underscored the need for a repeal of the farm laws.

He reiterated that the farm legislations were “anti-farmer” and introduced without any discussion with the stakeholders.

On farmers' call, the 'Bharat Bandh', in protest against the Centre's three farm laws, was observed in Punjab, Haryana and other states on Tuesday.

Singh expressed happiness that the Bandh was peaceful in the state and appreciated farmers for exercising their democratic right of protest peacefully.

He, however, cautioned the farmers against elements that could try to take advantage of their agitation and spoil the peaceful atmosphere of the state.

The chief minister warned that during agitations and similar situations, some people with no genuine concern about the cause of the protestors try to take advantage of their own petty gains by disturbing the peaceful environment.

Singh asked why the Centre could not heed the demands of the farmers, agitating across the country, to scrap these laws and hold fresh talks with all stakeholders.

“Had I been in their place I would not have taken a minute to accept my mistake and revoke the laws,” he said in a statement issued here.

Asserting that the "whole country was with the farmers in their pain and in their fight for survival", Singh said the Centre should allow the existing system to continue instead of scrapping the 'arthiya' (commission agent) and mandi system, as the farm laws were designed to do.

“Why are they doing away with it? They should let the farmers decide what they want,” he said.

Nobody was stopping private players from purchasing produce of farmers but it could not be allowed at the cost of the well-established system which had stood the farmers in good stead all these decades, the Punjab chief minister said.

He demanded to know why the central government was not willing to give legitimacy to the minimum support price, if its assertion of not abolishing it was sincere.

“MSP is our right,” he asserted.

Singh pointed out that the foodgrains bought at MSP were pushed into the public distribution system to feed the country's poor and all that would end if MSP goes.

There was no reason why the Centre could not listen to the farmers, who were braving the cold, and send them home happily after resolving their concerns, he said.

This was what I had told Union Home Minister Amit Shah too. I had urged him to do everything possible to resolve the concerns of the poor farmers in their interest, and also in the interest of India's security, Singh said.

Making it clear that nobody was against private players, the chief minister said he was even now in talks with the UAE for supply of wheat and rice and the country wanted to create storage facilities in India, including Punjab.

In fact, even in the last tenure as the chief minister, Singh said he tried to launch the farm-to-fork programme to promote private investment in agriculture-related fields like storage, cold chain, food processing etc within the existing system but the Akalis later shelved it.