The SKM on Wednesday appealed to the citizens of the country to make the March 26 Bharat Bandh a complete success. 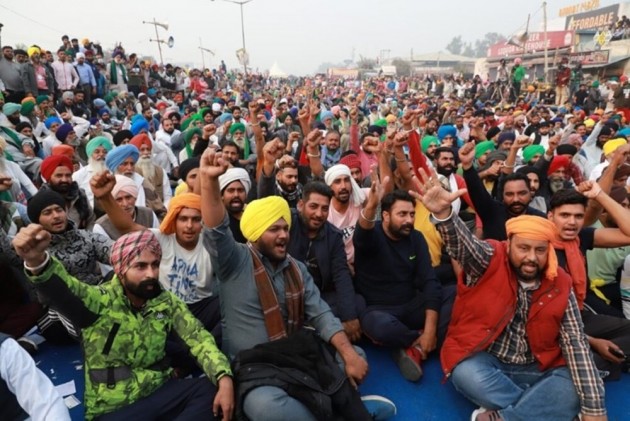 Intensifying their protest against the Centre’s newly enacted farm laws, the agitating farmers have called for a nationwide Bharat Bandh on March 26. Notably, the Bharat Bandh has been called by Samyukta Kisan Morcha (SKM) on completion of four months of farmers’ protest at Delhi borders. The SKM has planned several protests over the days, which includes “burning of anti-farmer laws during Holika Dehan”.

The SKM on Wednesday appealed to the citizens of the country to make the March 26 Bharat Bandh a complete success.

According to a statement released by the SKM, farmers have been protesting on the borders of Delhi for the last four months and instead of accepting their demands, the government is discrediting them completely.

The SKM has called for a Bharat Bandh on Friday. On March 26, from 6 am to 6 pm, all road and rail transport, markets and other public places will be closed across the country, it said.

However, this is not necessary for the places where elections are going to be held, the statement said.

"We appeal to the people of the country to make this Bharat Bandh a success and honour their 'Annadata'," farmer leader Darshan Pal said.

Farmers organized programmes across the country on Martyrdom Day on Tuesday.

A torch procession was taken out at Bhatgaon, Sonipat, in Haryana.

On March 15, the farmers along with trade unions protested the hike in fuel prices and privatisation of railways.

Farmers leaders also said that copies of the new farm laws will be burnt during ‘Holika Dahan’ on March 28.

Thousands of farmers, mostly from Punjab, Haryana and western Uttar Pradesh, have been camping at the Delhi border points --- Singhu, Tikri and Ghazipur --- for over four months, demanding the repeal of farm laws and a legal guarantee on the minimum support price (MSP) for their crops.

The protesting farmers have expressed apprehension that these laws would pave the way for the dismantling of the MSP system, leaving them at the "mercy" of big corporations.