A lawyer and BJP's state youth wing leader, Tibrewal is pitted against Trinamool Congress head and Chief Minister Mamata Banerjee in the Bhawanipur bypoll seat. Banerjee has to get elected by November 5 to retain her chief minister's post. 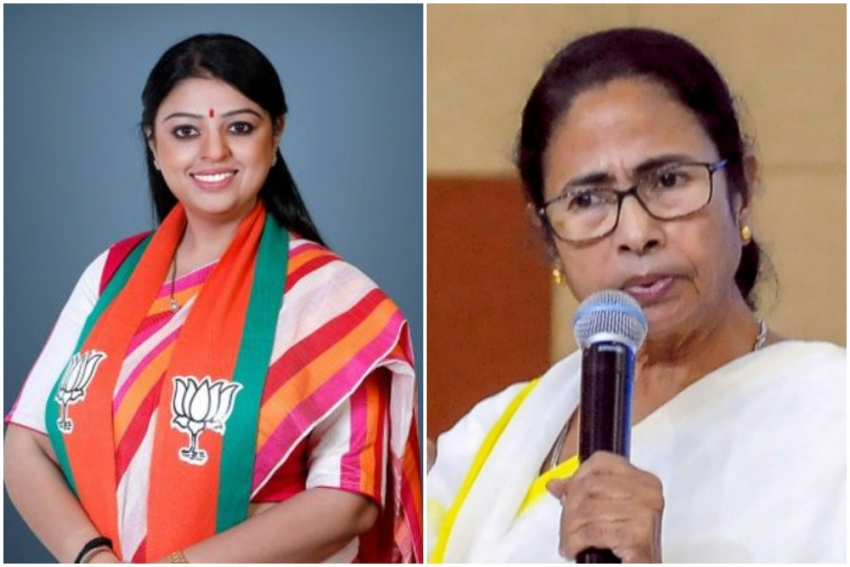 Ahead of the highly anticipated by-poll elections in West Bengal, BJP candidate Priyanka Tibrewal filed her nomination for the assembly bypoll seat in Bhawanipur on Monday. The lawyer and BJP's state youth wing leader is pitted against Trinamool Congress head and Chief Minister Mamata Banerjee.

The CPI(M) has fielded lawyer Srijib Biswas from the seat, while Congress has refrained from taking part in the by-election.

Bhawanipur will go to the polls on September 30 and the results will be declared on October 3.

Tibrewal filed her nomination at the Survey Building in Alipore. She was accompanied by Leader of Opposition Suvendu Adhikari and BJP MP Arjun Singh, among other senior party leaders.

TMC's Sovandeb Chattopadhyay who won the election from Bhawanipur resigned, prompting the Election Commission to declare a by-election so that Banerjee could fight it, having lost the election to Adhikari from Nandigram.

Banerjee has to get elected by November 5 to retain her chief minister's post.

According to sources, the BJP had a difficulty in finding a suitable candidate for the Bhowanipur by-poll, as most senior leaders declined to contest an election that they thought they were highly unlikely to win. The BJP's state unit president had admitted before the media that many known faces were unwilling to contest.