Though Mayawati has always been critical of Chandrashekhar -- even calling him the B team of the BJP, this is the first time the Bhim Army Chief has mounted an attack on the BSP President. 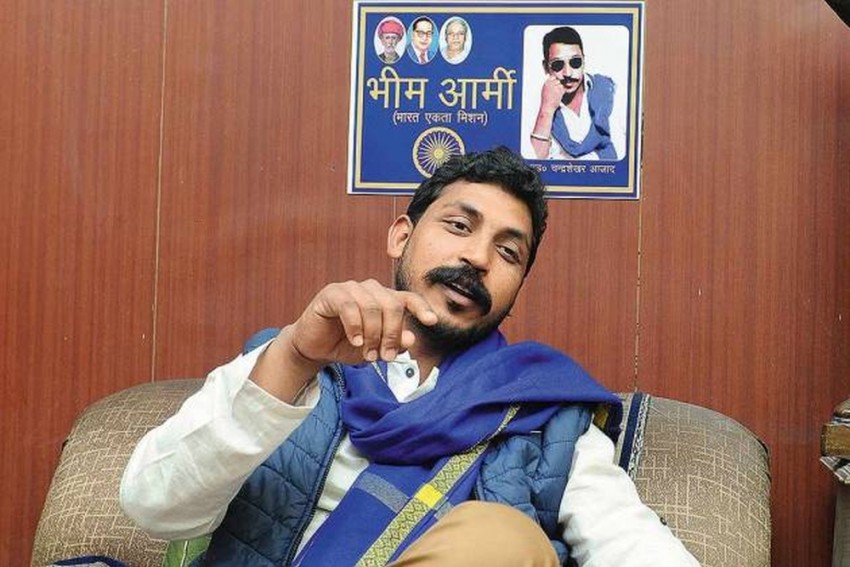 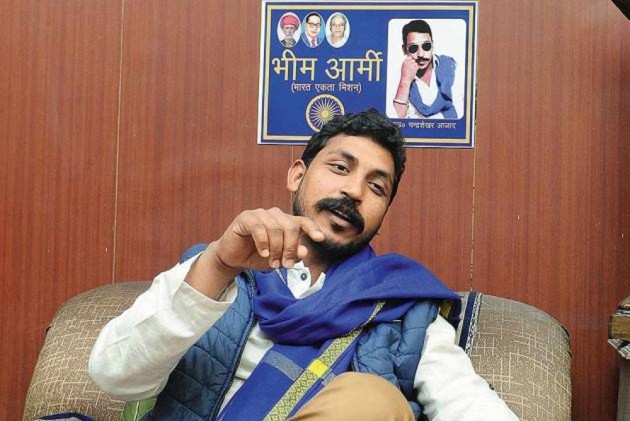 Though Mayawati has always been critical of Chandra Shekhar -- even calling him the B team of the BJP, this is the first time the latter has mounted an attack on the BSP President.

Talking to reporters, Chandrashekhar said that Mayawati had weakened the Bahujan movement by breaking off the alliance with the Samajwadi Party (SP).

"This decision is not in favour of the weaker sections who would have gained strength from the alliance," he said.

Chandrashekhar said that the BSP was losing its strength in Uttar Pradesh. "When she announced the alliance with SP, the BSP workers convinced themselves that the party would move forward, but just then, she disappointed everyone by calling off the alliance," he said.

"This is a major blow to the ideology and principles of Kanshi Ram, who worked with the poorest of the poor in mind. Kanshi Ram never promoted his family members and worked tirelessly for the Dalits," he said.

Asked whether his party would contest the Assembly elections in UP in 2022, Chandrashekhar said that no decision had yet been taken on this issue.

"We will reveal our strategy very soon. The Bahujan Samaj needs a strong leadership that can empower the weaker sections," he said almost positioning himself as an alternative to Mayawati.

He further said that 'jungle raj' was prevailing in Uttar Pradesh and the law and order situation had hit rock bottom. "We will be sending a memorandum to the President of India, seeking dismissal of the Yogi Adityanath government," he added.

Man In Delhi Arrested For Killing Friend To Marry His Wife