He also expressed concern over the law and order situation 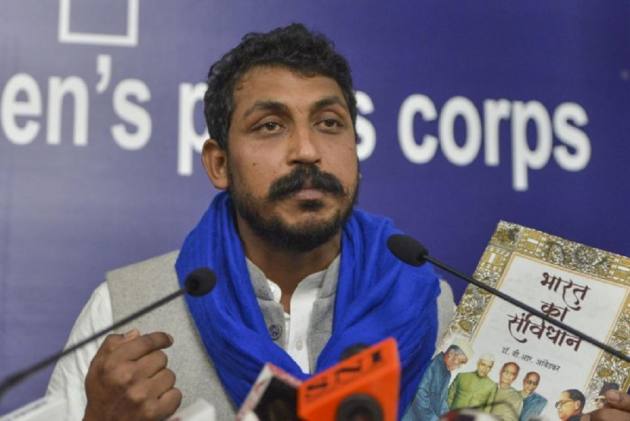 He also accused the government of “settling scores” with the opposition and expressed concern over the law and order situation.

Before the 2022 assembly polls, the Azad Samaj Party will field candidates in the panchayat elections, said the Bhim Army chief, who was here to meet the district magistrate over the alleged delay in providing help to a Dalit village head killed recently.

The Bhim Army chief said he apprised the DM of the “poor” law and order situation and discussed the case involving the killing of a village head, Satyamev, here.

The Bhim Army chief allegedly had a heated argument with policemen before meeting the DM.

"People should be given due respect in a democracy. The treatment meted out to me here proves that officials are threatening people," he alleged.

Attacking the BJP, Chandrashekhar Azad said while Home Minister Amit Shah is taking part in roadshows and poll rallies in West Bengal, the winter session of Parliament has been cancelled on the pretext of coronavirus.

The government is doing this to avoid questions from the opposition as it does not have answers, he claimed.