Students of Makhanlal Chaturvedi National University of Journalism and Communication allege that their head of department has asked them to watch and subscribe to a YouTube channel spreading hate against Muslims. He says his intention was to teach unbiased journalism. 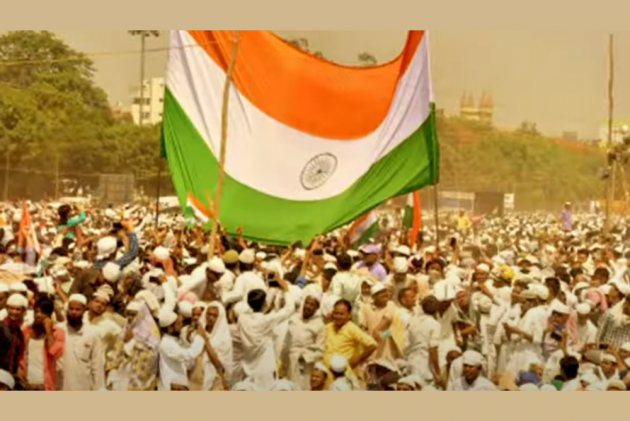 Students of journalism at Makhanlal Chaturvedi University in Bhopal have accused their department head of trying to spread Islamophobia by asking them to subscribe to a YouTube channel that uploads anti-Muslim content and broadcasts Hindu right-wing material. They alleged that Ashish Joshi, who was CEO of Lok Sabha TV before he joined the university, sent them a WhatsApp message on July 30 with a link to the channel on the popular video platform, followed by another note minutes later in which he wrote: “Pls subscribe to this YouTube channel.”

When they opened the link, they found “a hate-mongering, manipulative, anti-Muslim, and provocative video”, says a student, who doesn’t want to be named. “It was disgusting. We never expected this from our head of department. My classmates were furious. We decided to respond and started calling him out, asking for an explanation.”

Joshi defends his position and says the students misunderstood his intent. “This video wasn’t created by me. I shared it because I believe journalism students should know every aspect. You are free to choose your ideology. I am not imposing anything,” he clarifies. His explanation leaves one vital question unanswered—did he not think before sharing the YouTube video link that such hate content could influence his young students as well? Or why share a video made in poor taste without giving his students at least a disclaimer that his intention was to educate them on the dangers of hate content floating on social and other forms of media?

‘We Were Targeted For Having A Voice And Being Muslim’: Women Who Were ‘Auctioned’ Online

Four Out Of Five Dead In An Islamophobic Attack

The video talks about secularism being a threat to the country, and cites a hateful and tenuous metaphor to make its point. It says if the country continues to be secular, a movie on Tokyo Olympic silver medalist Mirabai Chanu would show the weightlifter from Manipur winning the medal because a certain “Abdul Chacha”—a euphemism for Muslims—gave her meat to eat and prayed for her success.

Several students of Makhanlal Chaturvedi National University of Journalism and Communication (MCU) allege that Joshi has been inimical to a particular community and inveighed against it. “We have had debates with our HoD in the past, in which he has aggressively defended the right-wing extremist ideology and actions. But we never took them seriously. Those were ideological debates of our college life. This time he took it to another level when he posted a YouTube link that had an irrelevant, fake, and provocative narrative involving Mirabai Chanu and how a particular community is being endorsed by the Indian film industry. I came here to study journalism and my own HoD is spreading fake and biased content,” says a student of the nation’s first university dedicated to journalism.