While objecting to the reorganisation of J&K, China said India had decided to "include" some of China's territory into its administrative jurisdiction. 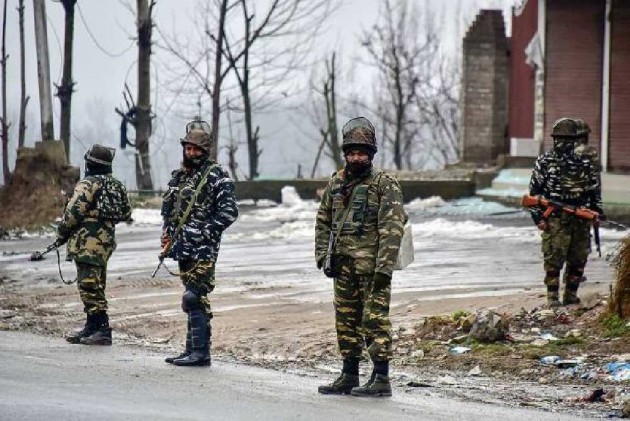 The reorganisation of Jammu and Kashmir is India's internal affair, the External Affairs Ministry said on Thursday, hitting out at China soon after the latter raised objection to splitting the erstwhile state into two union territories.

The Ministry of External Affairs (MEA) also reminded Beijing that it continues to "occupy" a large area in Jammu and Kashmir and Ladakh, known as Aksai Chin.

Earlier in the day, China said the reorganisation of Jammu and Kashmir was  "unlawful and void".  It added that India's decision to "include" some of the Chinese territory into its administrative jurisdiction "challenged" Beijing's sovereignty.

"Union Territories of Jammu and Kashmir and Ladakh are integral part of India; we expect other countries to respect India's sovereignty, territorial integrity," Kumar said adding, "China should refrain from commenting on internal affairs of India."

Jammu and Kashmir was bifurcated on Thursday into two union territories -- Jammu and Kashmir and Ladakh -- in accordance with the Indian government's August 5 announcement revoking the state's special status under Article 370.

China had, earlier, objected to the Indian government's August 5 order of the revocation of Article 370 and the formation of Ladakh as Union Territory, saying some of the areas involved Chinese territory.

"The Indian government officially announced the establishment of so-called Jammu and Kashmir and Ladakh Union Territories which included some of China's territory into its administrative jurisdiction," China's Foreign Ministry spokesman Geng Shuang told the media.

"China deplores and firmly opposes that. India unilaterally changed its domestic laws and administrative division challenging China's sovereignty," he said replying to a question. "This is unlawful and void and this is not effective in any way and will not change the fact that the area is under Chinese actual control," he added.

After the revocation of Article 370, External Affairs Minister S Jaishankar, who visited China in August, informed his Chinese counterpart Wang Yi that the revocation of the special status of Jammu and Kashmir is an internal matter and the sole prerogative of India and it has no implication for either the external boundaries of India or the Line of Actual Control (LAC).

On the Kashmir issue, Geng said, "China's position on the Kashmir issue is consistent and clear, this is a dispute left from history and it should be properly and peacefully resolved based on the UN charter, the relevant UNSC resolutions and other bilateral treaties and relevant sides should resolve the dispute through dialogue and consultations and uphold regional peace and stability."

Since the revocation of Article 370, China, which in the past stated that Kashmir issue should be resolved between India and Pakistan, started referring to the UN charter and UNSC resolutions for a settlement.

China has backed its all-weather ally, Pakistan's attempts to call for an informal meeting of the UN Security Council. However, the informal UNSC meeting, in a rebuff to Beijing and Islamabad, ended without passing a resolution or statement.

A joint statement, issued at the end of Pakistan PM Imran Khan's visit to Beijing on October 9, said, "The Chinese side responded that it was paying close attention to the current situation in Jammu and Kashmir and reiterated that the Kashmir issue is a dispute left from history, and should be properly and peacefully resolved based on the UN Charter, relevant UN Security Council resolutions and bilateral agreements".

In his visit to Beijing in August, Jaishankar defended the government's decision during talks with his Chinese counterpart Wang and said that the reason for the change is for better governance and social and economic development in Jammu and Kashmir.

"There was no implication for either the external boundaries of India or the Line of Actual Control (LAC) with China. India was not raising any additional territorial claims," Jaishankar said.

"The Chinese concerns in this regard were therefore misplaced," the minister had said, adding that as far as the India-China boundary question was concerned the two sides had agreed to a fair, reasonable and mutually acceptable settlement on the basis of the 2005 Political Parameters and Guiding Principles.

The India-China LAC covers 3,488 km and the Special Representatives of both the countries have held 21 rounds of talks to resolve the boundary dispute.

(With  inputs from PTI)