Siddique Kappan gets bail on his birthday 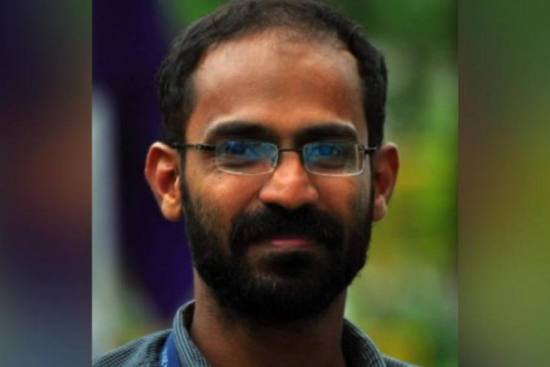 Journalist Siddique Kappan’s wife Rahyanath can’t stop thanking the Supreme Court enough for granting bail to her husband on Monday. Kappan has been granted bail on Monday by the Supreme Court for five days, with conditions to visit his ailing mother.

Kappan was arrested in October along with three others while travelling from Delhi to Uttar Pradesh to report the alleged gang-rape and killing of a 19-year Dalit woman in Hathras.

Last week, the Kerala Union of Working Journalist (KUWJ) had moved the Supreme Court seeking permission for Kappan to meet his mother, who is on the deathbed. Kappan will be escorted by the Uttar Pradesh police to Kerala and it will be the responsibility of the police to ensure his travel and return, according to the court.

Speaking to Outlook from Kerala’s Malappuram, Rahyanath said that she is grateful to the Supreme Court for giving Kappan a chance to meet his mother.

“Kappan’s mother is clinging on to life just to see her son. Her condition was extremely critical yesterday,” says Rahyanath.

In its petition, KUWJ lawyer Wills Mathew pleaded that Kappan’s 90- year-old mother Kadeeja Kutty’s health is precarious and that she has been ardently requesting to meet her son. Though the SC had earlier allowed Kappan to speak to his mother through video call, the mother-son duo couldn’t interact due to the former’s critical health condition.

It’s double joy for the family as Kappan got bail on his birthday. Kappan, a Delhi-based journalist and secretary of the KUWJ, Delhi unit was working for a Malayalam portal ‘Azhimukham’.

The court also has set a few conditions for Kappan's bail. “He can't speak to the media and he won’t be allowed to meet anyone except relatives, and doctors. The family is also barred from talking to media,” she said.

Rahyanath said that she was apprehensive of Kappan’s bail as the UP police raised objections against it.

“I was not feeling hopeful as the UP police raised objections against it. But the SC stood with us. Hope it’s a good start,” she said.

“My children also are extremely happy,” she adds.

Rahyanath added that she was worried about the Enforcement Directorate (ED)’s fresh charge sheet against Kappan on money laundering cases.

The charge sheet named Kappan and three other people allegedly related to Muslim outfit Popular Front of India (PFI) and its student wing Campus Front Of India (CFI) who accompanied him to Hathras.

“Rauf got bail in from a special court in Kerala after the court found no evidence against him. Even after that, the UP police have taken him into custody,” she says.

The Uttar Pradesh police booked Kappan under various provisions of the Unlawful Activities (Prevention) Act (UAPA) and slapped him with sedition charges for allegedly fomenting tension. The police have opposed Kappan’s bail plea and also accused Kappan and three others of being members of the Muslim outfit Popular Front of India (PFI). However, the KUWJ has denied such allegations in court and has furnished a letter from Kappan’s employer in Delhi and other pieces of evidence to prove his credentials as a journalist.

In October, the journalists’ union had filed a habeas corpus plea in the Supreme Court alleging that Kappan has been detained illegally.