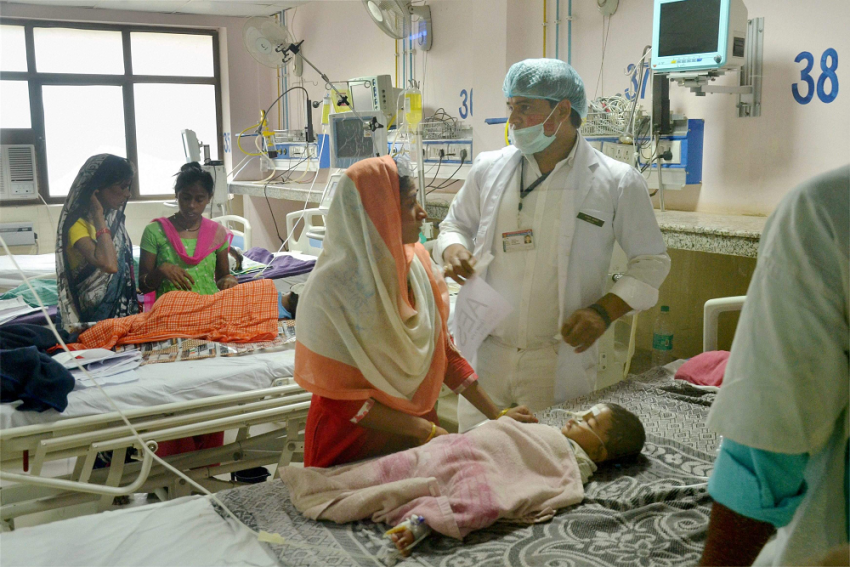 The Bihar Assembly was told by Bihar Health Minister Mangal Pandey that Bihar "almost" fulfils the World Health Organisation (WHO) recommended doctor-population ratio as it has 1,19,000 doctors for a population of 12 crore.

Earlier the leader of opposition Tejashwi Yadav during the debate on the Health Department's budget raised the issue of WHO norms for providing health services in the state.

Earlier the leader of opposition Tejashwi Yadav during the debate on the Health Department's budget raised the issue of WHO norms for providing health services in the state.

As per WHO norms, there should be one doctor for every 1,000 people.

The minister, who was giving a reply to the House debate on the budgetary demand of Rs 13,264.86 crore of his department for 2021-22 fiscal, also gave the break-up vis-a-vis the number of doctors registered in the state in different streams.

He said there is a shortage of 1,000 doctors in the state if one follows WHO norms, adding that the government is taking steps and measures to improve health services and facilities by opening 11 new medical colleges, 23 general nursing and midwifery (GNM) schools, 54 nursing schools at sub-divisional level besides appointing doctors in the state.

Of the 11 new medical colleges, the work on seven colleges is currently underway, he said and added that Patna Medical College and Hospital is being redeveloped to make it the country's first and the world's second largest hospital at a cost of Rs 5,540.07 crore. The foundation stone for the hospital, which will have 5,462 beds, was laid by Chief Minister Nitish Kumar on February 8 this year and will be completed in next five years.

He said that 29,000 health staff including doctors have been appointed in the past three years, including 4,000 doctors appointed between July-September 2020. The minister said the department has sent requisition for recruitment of doctors to the Bihar Technical Service Commission.

The Health Department has sent requisition to the Commission for recruitment of 3,260 Ayush doctors in the state, Pandey said, adding that a special drive will be launched to fill up the vacant posts in health department.

Pandey said that Bihar Universities of Health Services will be set up for facilitating medical education in the state.

The government has decided to construct a building at AIIMS, Patna for accommodation of attendants who come along with patients for treatment, the minister said.

With a view to providing ambulance facilities within 20 minutes in urban and 35 minutes in rural areas respectively, the department will make arrangements for 1,000 new ambulances for the purpose, he said.

The minister said measures taken by the state government led to efficient and effective control of Coronavirus in the state. He said that at a time when many states are witnessing an upsurge in cases up to 10,000, Bihar has 350 active cases with 99.29 per cent recovery rate.

"It's a matter of pride that the state has performed well in tackling COVID-19," the minister said, adding that inoculation drive is underway in the state and 13.50 lakh people have been inoculated in the state so far.

The health department's budgetary demand for 2021-22 was passed by voice vote amid a walkout by the entire opposition after being unsatisfied with the minister's reply.