Both the ruling coalition of JDU and the BJP have a lot at stake in the final phase since almost all Muslim-dominated districts such as Kishanganj, Katihar, Araria and Purnia will vote on November 7. 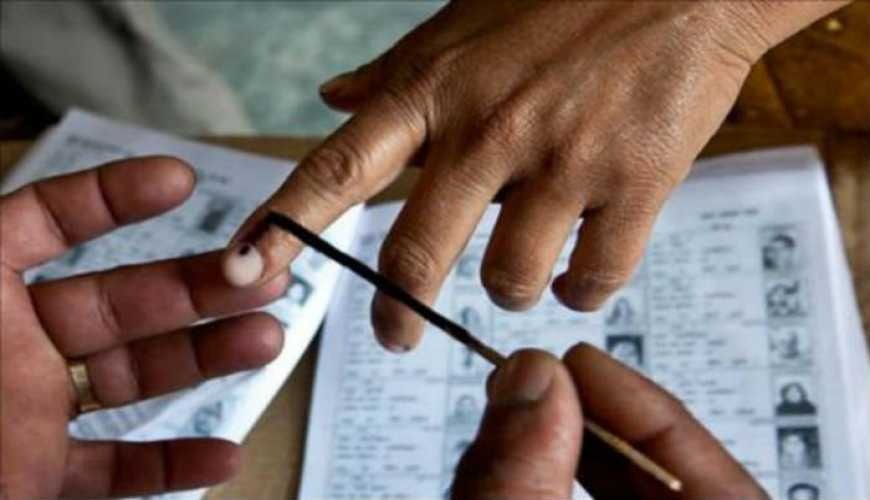 With Bihar Assembly polls going down to the wire, thanks to a seemingly close contest between Nitish Kumar’s ruling National Democratic Alliance (NDA) and the Mahagathbandhan led from the front by Tejashwi Prasad Yadav, all eyes are now riveted on the third and final phase, which may well determine who will rule the state in the next five years.

Polling in the 71 and 94 constituencies of the total 243 Vidhan Sabha seats was held in the first two phases on October 28 and November 3 respectively, while the remaining 78 seats will go to polls on November 7. The counting of votes will take place on November 10.

Both the ruling coalition of Janata Dal (United) and the BJP have a lot at stake in the final phase since almost all Muslim-dominated districts such as Kishanganj, Katihar, Araria and Purnia will vote on November 7. In fact, nearly half of the third-phase seats going to polls have a sizeable minority population. The Rashtriya Janata Dal (RJD), contesting this election in alliance with Congress and the Left parties this time, is hoping for a reconsolidation of its traditional Muslim vote bank, while the NDA is optimistic of making a further dent in it on the basis of a slew of initiatives taken for minority welfare by Chief Minister Nitish Kumar, including scholarships for the students from the community, reopening of Bhagalpur riot cases and fencing of all burial grounds during his tenure.

Play To The Crowd

Ever since Nitish came to power in November 2005, he has managed to break into RJD founder Lalu Prasad’s citadel with his avowed agenda of inclusive growth. But now, RJD believes that all such initiatives have come to a nought since Nitish restored his alliance with the BJP in 2017, only a year and a half after he led the Mahagathbandhan comprising JD-U, RJD and Congress to power in the last Assembly polls in 2015.

Nitish had earlier snapped his ties with his long-standing ally, the BJP, in 2013, after the then Gujarat chief minister Narendra Modi was chosen as the NDA’s prime ministerial candidate ahead of the 2014 general elections. Nitish later joined forces with Lalu and Congress to inflict a crushing defeat on NDA in the 2015 Assembly polls, but he chose to revive his ties with the BJP and form a coalition government with the saffron organisation once again.

The RJD leaders think that it was a breach of the trust of the people of Bihar, especially that of the minorities who had given Nitish and the Mahagathbandhan a massive mandate. The time has come, they claim, for them to get even with Nitish and the NDA this time.

Kishanganj in Seemachal belt of Bihar is a predominantly Muslim district with nearly 70 per cent population belonging to the minority community. It has elected a Congress MP on the trot in the last three Lok Sabha elections. The other three nearby districts such as Purnia, Katihar and Araria too have more than 40 per cent of the Muslim population. Besides, several constituencies in Darbhanga, Samastipur and Madhubani having a sizeable Muslim population are going to polls in the coming phase.

The RJD believes that the return of Muslim voters in bulk to the Mahagathbandhan will reconsolidate its Muslim-Yadav (M-Y) vote bank, which had helped Lalu remain in power for 15 years between 1990 and 2005.

Initially, the Muslims of Bihar were considered to be traditional supporters of Congress but Bhagalpur riots in 1989 and the 1992-demolition of Babri mosque during Prime Minister P.V. Narasimha Rao’s tenure at the Centre had disenchanted the community members from the grand old party to a great extent. They began to look up to Lalu after BJP stalwart L.K. Advani was arrested during his Rath Yatra in Bihar, only a few months after he came to power in 1990.

Nitish, however, managed to win over the Muslim voters, especially the progressive and the backward sections, with his development initiatives during his tenure. In this election, however, he faces the daunting task of retaining their trust as well as their votes.

It is, however, by no means a direct fight between the NDA and the Mahagathbandhan in the Muslim-dominated constituencies in Seemanchal belt. Providing the third angle is the presence of Asaduddin Owaisi’s All India Majlis-e-Ittehadul Muslimeen (AIMIM), which has fielded 24 candidates as part of the Grand Democratic Secular Front (GSDF) consisting of Upendra Kushwaha’s Rashtriya Lok Samata Party, Mayawati’s Bahujan Samaj Party (BSP) and former Union minister Devendra Prasad Yadav’s Samajwadi Janata Dal (Democratic) among others.

AIMIM had fielded six candidates in the last Assembly elections but none of them could win at that time. However, it made its presence felt later by winning the Kishanganj by-election in 2019. Its candidate also got nearly 3 lakh votes in Kishanganj in the last year’s parliamentary polls, underlining its growing popularity in the region. Since then, it has further consolidated its base in the area. Being part of a third front with the likes of prominent Dalit and OBC leaders such as Mayawati and Kushwaha now, it hopes to emerge as a formidable force and queer the pitch for both NDA and the Mahagathbandhan, at least in the Seemanchal belt.