JD-U candidate Aman Kumar Hazari has won the Kusheshwar Asthan seat in the by-election by a margin of 12,698 votes over his nearest rival Ganesh Bharti of RJD in Darbhanga district of Bihar. 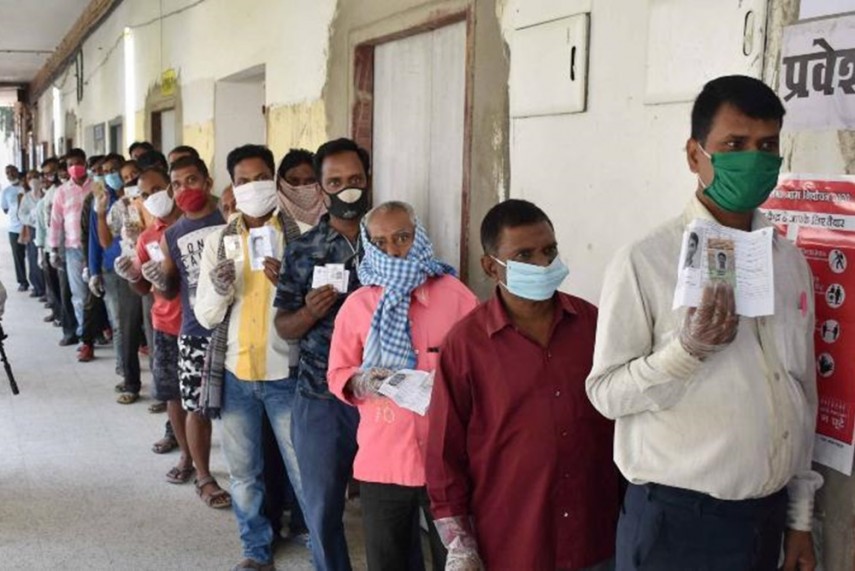 The ruling Janata Dal-United and the main Opposition party, Rashtriya Janata Dal looked set to share honours in the crucial by-elections to the two seats held in Bihar, but it was Congress that has emerged as the biggest loser in the state.

The JD-U candidate Aman Kumar Hazari has won Kusheshwar Asthan Seat in Bihar by a margin of 12,698 votes over his nearest rival Ganesh Bharti of RJD in Darbhanga district. RJD nominee Arun Kumar maintained a lead of 1,696 votes over his nearest JD-U rival Rajeev Kumar Singh in the Tarapur constituency in Munger district at the end of 14th round.

The Congress nominees were nowhere in the contest in any constituency. Its Kusheshwar Asthan nominee Atirek Kumar had polled only 4,275 votes while its Tarapur nominee Rajesh Kumar Mishra got only 1,097 votes when the reports last came in.

The Congress, which had contested from both the seats with high hopes following sharp differences with its Mahagathbandhan ally, RJD over its claim to Kusheshwar Asthan seat in Darbhanga district, cut a sorry figure with both its candidates set to lose badly in the bypolls.

The results have come as a big blow to the grand old party, belying its claims of being more than capable of bringing about a turnaround in its fortunes on its own.

The death of two JD-U MLAs had necessitated the by-polls, which saw a bitter face-off between the RJD and Congress after Lalu Prasad Yadav refused to spare the Kusheshwar Asthan seat for his ally, regardless of the fact that it had been the traditional seat of Congress over the years.

The party had even contested the seat in the 2020 assembly polls under its pre-poll seat-sharing formula but lost. This time around, the RJD apparently thought it wise to field its own candidate from there, overlooking the claims of Congress.

In response, Congress not only fielded its candidates in both the constituencies but also announced that it would fight from all the 40 Lok Sabha seats in Bihar in the 2024 general elections, which infuriated Lalu. Asserting that he could not have left the seat for Congress to lose its security deposit, the RJD supremo went to the extent of calling the party’s Bihar in-charge Bhakta Charan Das as ‘bhakchonhar’, a Bihari term denoting an unintelligent person who cannot see things properly.

Lalu had apparently decided not to spare the Kusheshwar Asthan seat, the so-called stronghold of Congress after assessing the poor strike rate of his ally in the assembly polls last year. The Congress had then won only 19 out of the 70 seats that it had contested under the Mahagathbandhan in Bihar.

Though RJD emerged as the single largest party winning 75 seats in the 243-member Vidhan Sabha under the leadership of Tejashwi Prasad Yadav, it could not prevent the Nitish Kumar-led NDA to return to power with a wafer-thin majority. The RJD apparently blames Congress for the ‘missed opportunity” to form the government.

Congress, on the other hand, has been hoping against hope to regain its ground in the state. It received a shot in the arm after a firebrand CPI leader and former JNU Students Union president Kanhaiya Kumar joined the party recently. In a party, which has not had a mass leader in the state for decades, Kanhaiya was looked upon as a big, bright hope for the party. He also campaigned for the Congress candidates in the by-elections but to no avail.

The Congress, however, thinks that Lalu deliberately created confusion in the minds of the voters in the run-up to the bypolls by indicating that everything was alright in the Mahagathbandhan. A day after the state Congress leaders went hammer and tongs at the RJD over its “betrayal”, Lalu had claimed that Congress president Sonia Gandhi had called him up to inquire about its well-being, dropping more than ample hints that the state Congress leaders were of little or no significance to him.

The NDA, however, has had a different take on the RJD-Congress fight. Its leaders claim that both the parties had willfully fielded their candidates with a view to splitting the core voters of the ruling alliance by creating an impression that Congress had broken ranks with Lalu.

The by-election results are unlikely to have any bearing on the fate of the Nitish Kumar government despite the JD-U losing the prestigious Tarapur seat to RJD. In the last election, JD-U candidate Mewalal Choudhary, who had subsequently taken oath as the education minister before resigning over a corruption scandal, had won the seat last time. He died from Covid-19 earlier this year.