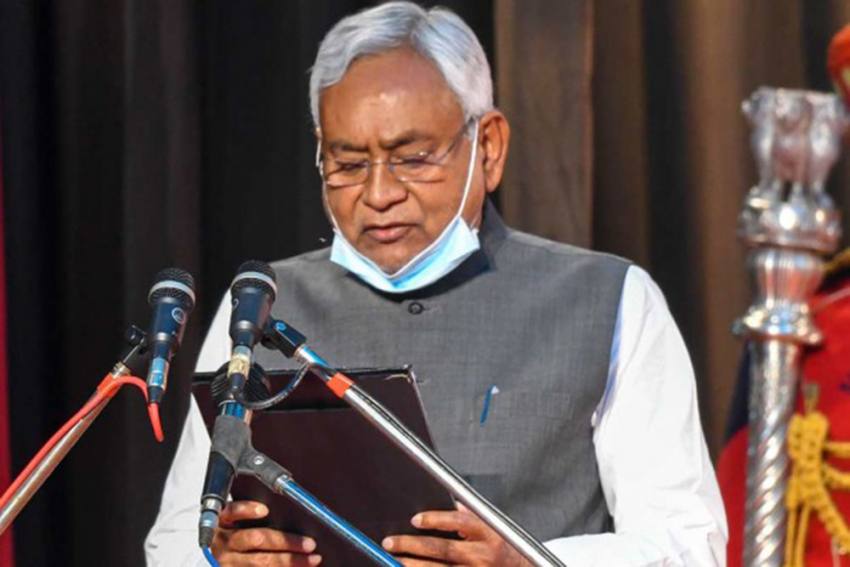 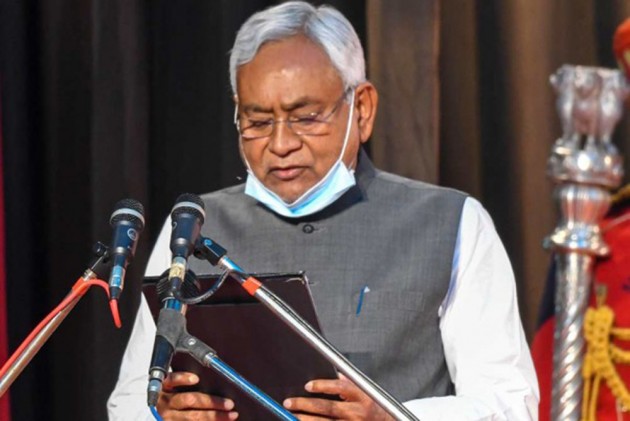 The Bihar Assembly on Friday plunged into turmoil following an uncharacteristically angry outburst by Chief Minister Nitish Kumar after he stoically listened to barbs and allegations made by opposition leader Tejashwi Yadav. Nitish, who is known for his calm composure was seen standing up and screaming “jhooth bol raha hai yeh” (he is speaking a lie).

Nitish, who chose not to react when the 31-year-old RJD leader made a series of personal attacks and allegations during his one hour-long speech, erupted in anger when the latter sought to interject when JD(U) leader and parliamentary affairs minister Vijay Kumar Chaudhary was making a statement.

Chaudhary had voiced his disapproval over comments made by Tejashwi in an apparent reference to a murder case in which Nitish was named an accused, a case of plagiarism lodged by a JNU scholar with regard to a book published by a Patna-based think-tank which was endorsed by the chief minister, besides the Srijan scam which is being investigated by the CBI.

Tejashwi rose in his chair and said, “It was a serious matter that I raised on the basis of facts. Is it not true that the chief minister had to pay a fine in connection with the murder case?”

The interjection by the young leader proved to be the proverbial last straw for the chief minister, who got up and shouted, “He (Tejashwi) is telling a lie. I challenge the Chair to get the veracity of his statement examined and take necessary action. I have been listening to his diatribe simply because he is the son of a friend whom I treat like a brother.”

“Does he know how his father (Lalu Prasad) became the chief minister? Has he forgotten who made him the deputy CM? I had to part ways simply because he did not heed my advice to explain things,” Nitish said trembling with anger.

Notably, Nitish was among the top leaders of the erstwhile Janata Dal who had supported Lalu Prasad in the election held for the post of legislature party leader in 1990 wherein the latter’s victory against veteran leaders like Ram Sundar Das and Raghunath Jha had enabled the then Chhapra MP to become the chief minister of Bihar and script a political success story.

After remaining bitterly opposed to each other for over a decade thereafter, Nitish and Lalu had joined hands with the objective of defeating the BJP in 2015. The Grand Alliance they had formed taking the Congress along, won the assembly polls held that year handsomely.

In 2017, Lalu’s name cropped up in a money laundering scam and the RJD’s stout refusal to heed the JDU's demands caused Nitish to walk out of the Grand Alliance and return to the NDA.

“When I had asked him (Lalu) to explain things, he did not because he could not. Now even a chargesheet has been filed against him. What nonsense are you (Tejashwi) talking? Do I not know you well enough?” Nitish asked as the House erupted in pandemonium.

Speaker Vijay Kumar Sinha then adjourned the House for 30 minutes. Later when the House resumed, Nitish made a speech by way of the government’s reply to the debate on the governor’s address to the newly constituted assembly. He said the opposition is entitled to have its aspirations but maryada (decorum) must never be violated.

He also sought to dismiss misgivings about his ability to keep communalism under check in the face of his tie-up with BJP, which has returned with a greater tally than his JD(U). People might not remember that when I co-founded the Samata Party with late George Fernandes, our first coalition partner was CPI(ML), he said referring to the ultra-Left outfit which is now an RJD ally. “I know well that every political party has its own style of functioning, but my commitment to social harmony remains unaffected. And I will continue with my development agenda as well," the CM said. "Members of the House are welcome to draw my attention towards any shortcomings in the implementation of schemes. Needful action will be done,” he added.

The motion of thanks to the governor's address was thereafter passed by voice vote in the Assembly.

In Assembly, Tejashwi Tries To Get Even With Nitish