Reacting to allegations that his party was dividing anti-BJP votes, Owaisi said he was running a political party that has a right to contest on its own. 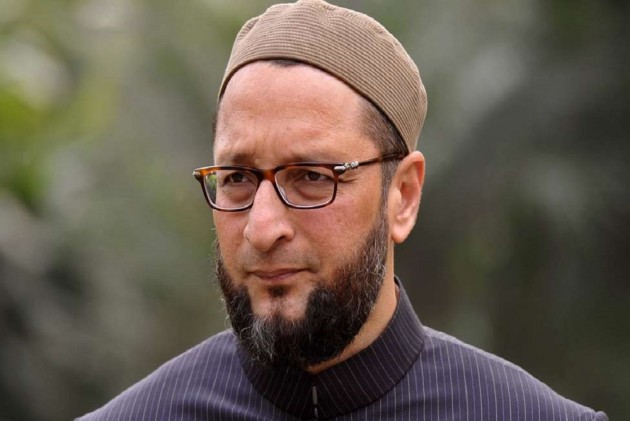 Buoyed by the results of Bihar assembly elections, the All India Majlis-e-Ittehadul Muslimeen (AIMIM) which bagged five seats is now looking to spread its wings to states such as Uttar Pradesh and West Bengal. Addressing reporters here on Tuesday night, MIM's president Asaduddin Owaisi said the party will fight for justice in the northern state's Seemanchal region.

Reacting to allegations that his party was dividing anti-BJP votes, Owaisi said he was running a political party that has a right to contest on its own. "You mean we should not fight elections. You (Congress) went and sat in Shiv Sena's lap (in Maharashtra). If anyone asks why did you fight the elections... I will fight in West Bengal, Uttar Pradesh and will fight every election in the country...Do I need to ask anyone's permission to fight the polls," he said when asked whether the party would contest in any other state.

He, however, did not clarify whether the party would contest on its own or in alliance with other parties.

Had Babri Masjid Not Been Demolished, Would SC Judgment Have Been Same? Asks Owaisi

"AIMIM will fight in the 2022 Uttar Pradesh Assembly elections. Time only will tell with whom we will ally," Owaisi added.

Owaisi is often criticised by Congress and other parties as "B-team" of BJP denting anti-saffron party's votes.

Owaisi-led AIMIM seems to have cut big time into the RJD-led Mahagathbandhan vote in the Seemanchal region in the third phase of the polls, according to poll pundits.

The Hyderabad MP-led party was in the fray in 20 seats in Bihar elections, a majority of which went to polls in the third phase on November 7, as part of the Grand Democratic Secular Front that has four other parties, including Upendra Kushwaha''s Rashtriya Lok Samta Party and the Bahujan Samaj Party.

The party's victory in five seats has become inconsequential in terms of lending support in case of hung- assembly as NDA emerged as the clear winner.

When asked if his party will support Mahagathbandhan in case of a shortfall of majority, Owaisi did not give a direct answer saying, "Why should I speculate, when the final results are out then a decision will be taken."

Results of Bihar Assembly polls were not completely declared when the question was posed.

According to statistics provided by the Election Commission of India, AIMIM got 1.24 per cent of over 4 crore votes polled.

The party unsuccessfully contested in Bihar Assembly polls in 2015 and secured less than 0.5 per cent votes.

MIM also unsuccessfully contested in UP Assembly polls in 2017. Besides Telangana and Bihar, MIM has two MLAs and one MP in Maharashtra.