The polling percentage in Bihar will go up as more inputs from the constituencies come. 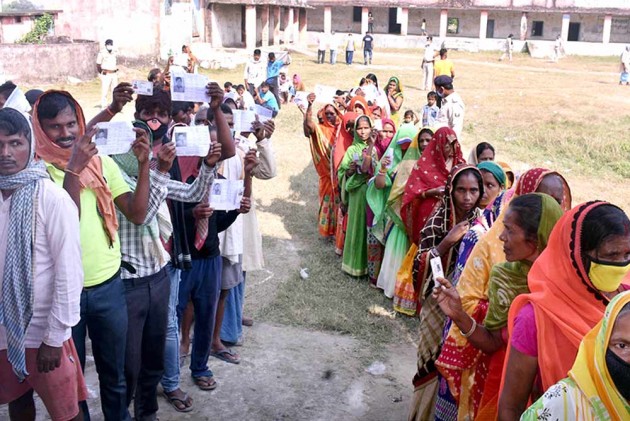 The voter turnout in the third and final phase of Bihar elections was recorded at 57.58 per cent on Saturday, more than the polling percentage witnessed in the previous two rounds, according to Election Commission data.

The provisional turnout in the third phase of polling on 78 seats spread in 15 districts is 57.58 per cent, according to poll panel data updated till 8 pm.

The polling percentage will go up as more inputs from the constituencies come.

According to Election Commission figures, the final voter turnout in the first phase of polling held on October 28 was 55.68 per cent, while it was 55.70 per cent in the second phase of polls held on November 3.

In the first phase, 71 seats spread across 16 districts went to poll, while in the second, voters in 94 seats of 17 districts exercised their franchise on November 3.

With the voting concluding for all the 243 seats, the focus now shifts to November 10 counting of votes which will give Bihar a new government.