In his first Bihar rally, Modi sought votes for another term of NDA under CM Nitish Kumar and said the state had seen speedier development in this period. 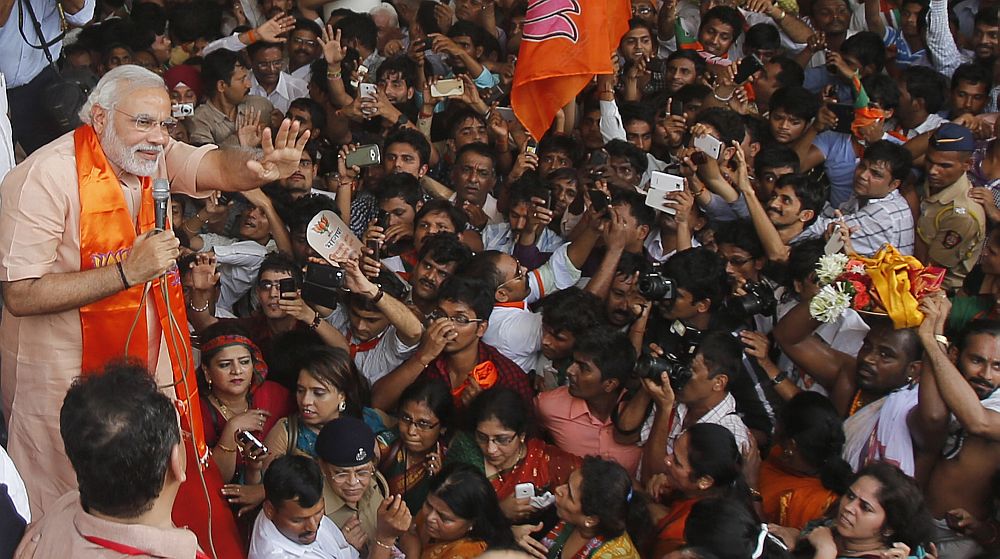 Launching his campaign for the Bihar assembly polls, Prime Minister Narendra Modi on Friday invoked the alleged reign of "crime" and 'loot" during the 15-year rule of the RJD, as he sought people's vote for the NDA to ensure the state's continuous journey towards "development".

In his first rally in the state, Modi sought votes for another term of the NDA government under Chief Minister Nitish Kumar, saying he had been working with the JD(U) president only for the last three-four years and that the state had seen much speedier development in this period.

Kumar had returned to the BJP-led National Democratic Alliance in 2017 after fighting against it in the last assembly polls in 2015.

A "double-engine" government, he said referring to the NDA ruling at the Centre and the state as well, will ensure Bihar's development at a fast pace.

The Congress-led UPA government at the Centre between 2004 and 2014 put "roadblocks" in the state's development as Kumar was a member of the NDA for most of the time, Modi said.

While the RJD ruled Bihar for 15 years from 1990, Kumar has been the state's chief minister since 2005, barring a brief period when he installed Jitan Ram Manjhi in his place in 2014 for over nine months.

Modi also accused the opposition of siding with forces which are conspiring to weaken India by promising to restore Article 370 in Jammu and Kashmir if it comes to power.

Without naming any opposition party, he said their protests against the recent farm reform laws are in fact aimed at "saving" middlemen and brokers while being couched as support for the Minimum Support Price and agriculture 'mandis'.

They had spoken the language of middlemen and brokers even when the Rafale fighter aircraft were bought, he said, asserting that India will not back off from the decisions it has taken.

While speaking of various development initiatives of the NDA governments at the Centre and in the state, he spoke of frequent heinous crimes like "murders, dacoity and extortion" under the 15-year rule of Lalu Prasad Yadav's RJD and said people can now live without any fear.

"The people of Bihar cannot forget the era when life would come to a standstill after sunset. Today, roads, electricity and lights are there. The biggest thing is that a common man in the state can live without any fear," he said.

The RJD-led opposition alliance is the principal challenger to the NDA in the state polls which begin from October 28.

People have decided that those who have a history of making Bihar 'Bimaru' and looted it when in power will not be allowed to rule it again, Modi said.

Even before the polls, people of Bihar have given their message and all surveys show that the NDA government will retain power in the state, he said.

Kumar and BJP ally Mukesh Sahni shared the stage with the prime minister.

Referring to the Galwan Valley clash with Chinese troops, Modi said the sons of Bihar laid down their lives for the tricolour but did not let 'Mother' India's head bow.

The soldiers of Bihar were also martyred in the Pulwama attack, he said.