In the Opposition camp, the Left front has outscored its partners with a much better strike rate. 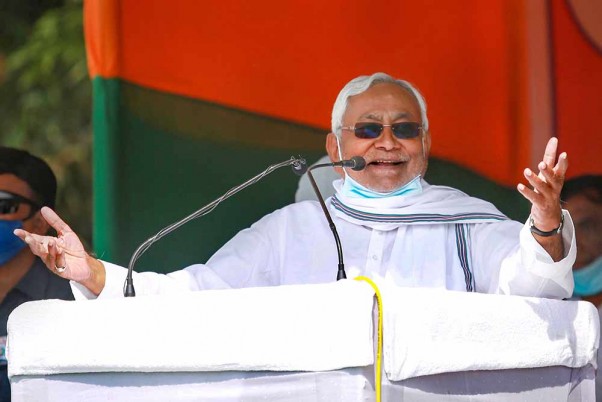 The BJP has scored high in terms of winning percentage in the Bihar Assembly polls, while its partner JD(U) has performed relatively poorly.

In the Opposition camp, the Left front has outscored its partners with a much better strike rate.

According to the latest trends on the Election Commission (EC) website, the BJP won or was leading in 74 seats out of the total 110 contested with a strike rate of over 65 per cent, while JD(U)'s score was less than 40 per cent.

In the Opposition side, Congress was the worst with a less than 30 per cent strike rate, while the Left front scored more than 60 per cent and the RJD over 50 per cent.

Within the NDA, Jitanram Manjhi-led HAM has managed to score about 40 per cent, while the Vikasheel Insaan Party (VIP) was below this mark.

Asaduddin Owaisi-led AIMIM's strike rate was around 25 per cent, while the worst came from the Chirag Paswan-led LJP.

The LJP was seen struggling even to retain its two seats. It contested 137 seats in this election.

In terms of vote share, the RJD appeared having got nearly 23 per cent, while BJP got nearly 20 per cent, as per the latest EC data.