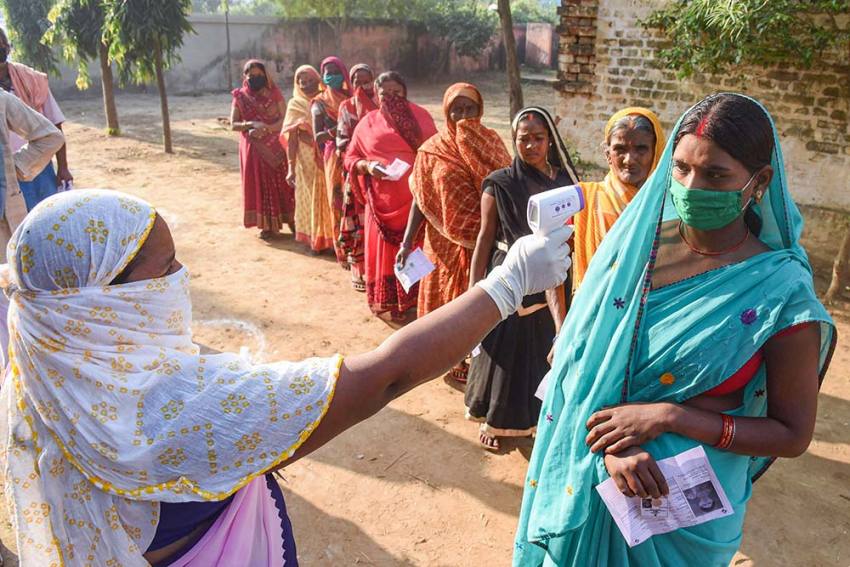 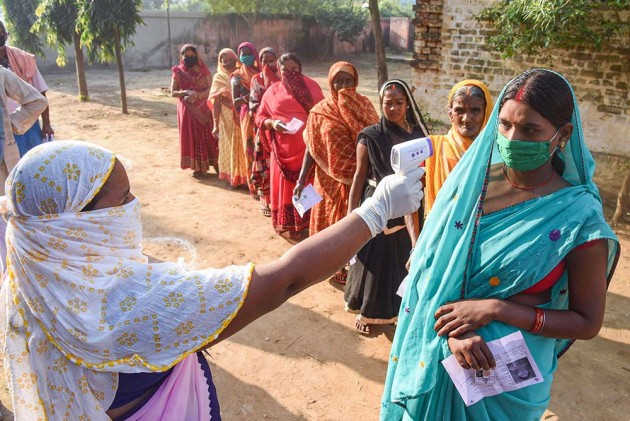 Over 51 per cent voter turnout was recorded till 5pm in the first phase of Bihar Assembly polls on Wednesday, the Election Commission said in its provisional data.

A total of 71 Assembly segments of the state's 243 constituencies voted in the first phase in which nearly 2.15 crore voters were to decide the electoral fate of over 1,000 candidates.

Voter turnout was low in the beginning, but it progressed with the time everywhere notwithstanding raging coronavirus cases in the state.

According to the provisional voter turnout data updated by the Election Commission at 5pm , 51.91 percent of the total electorates have exercised their franchise.

The 71 constituencies are spread across 16 districts.

Union minister and senior BJP leader Giriraj Singh cast his vote at a polling booth in Lakhisarai, while former Bihar chief minister and HAM president Jitan Ram Manjhi exercised his franchise at a booth in Gaya.

The enthusiasm of voters was seen at many a booth. In Nawada, a physically challenged voter reached the booth on his tricycle to cast his vote.

In Dinana Assembly constituency, a group of women expressed happiness after exercising the franchise.

Polling time was curtailed in the Naxal-affected areas. Out of the 71 constituencies, 35 are in Naxal-hit areas where polling was conducted in a staggered manner.