Nadda also took a jibe at the Congress and said, ‘for us, our party is our family, while for some others their family is equivalent to their party.’ 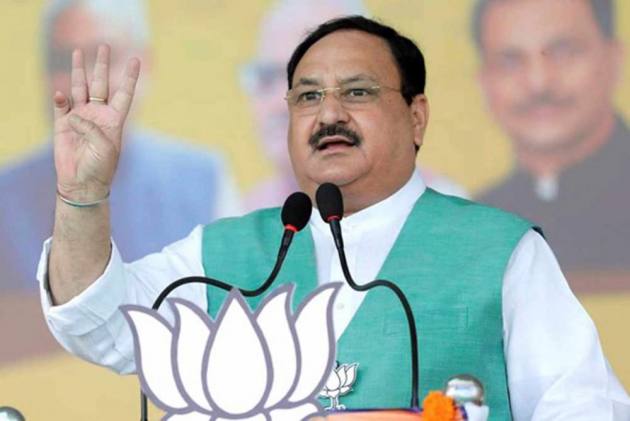 People of Bihar rejected "goonda raj" and voted for development, BJP president JP Nadda said. While inaugurating six party offices in Odisha on Tuesday, Nadda claimed that the Bihar assembly poll outcome proved that the people of the state have given their "stamp of approval" to the development agenda of the Narendra Modi government at the Centre. "They strongly supported Narendra Modi's policy of 'sabka saath, sabka vikas' (development for one and all),"he said.

The new offices inaugurated by Nadda are located in Angul, Dhenkanal, Keonjhar, Baripada in Mayurbhanj district, Sundergarh and Bargarh in Odisha. Union home minister Amit Shah had laid the foundation stone for the offices on April 5, 2018.

"BJP even prioritises the construction of party offices. Some parties run offices from home. Thus, they become a family party," Nadda said in an apparent jibe at the Congress. "For us, our party is our family, while some others use their family as the party," the BJP chief added.

Recalling BJP’s 2014 vision of constructing 700 party offices across the country, Nadda said 400 of them are ready, while work is in progress for 200 others and the process of land acquisition is ongoing for the rest.