Naveen Patnaik said as part of his party's policy, the BJD will continue to maintain equal distance from both the BJP and the Congress. 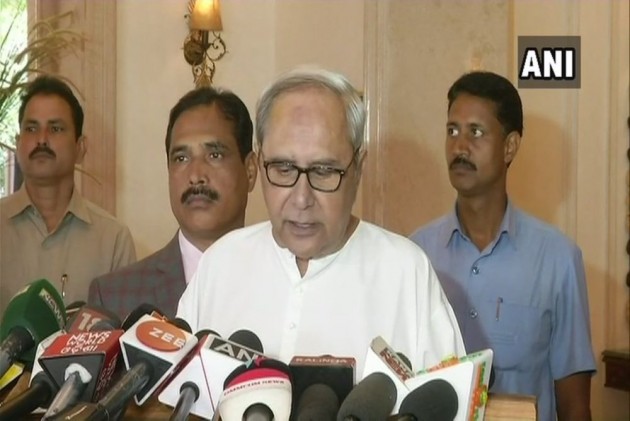 Odisha Chief Minister Naveen Patnaik Wednesday made it clear that his BJD will not be a part of the Mahagathbandhan (grand alliance).

Patnaik said as part of his party's policy, the BJD will continue to maintain equal distance from both the BJP and the Congress.

"We will continue with our policy of equidistance from the BJP and the Congress," he said.

BJD president & Odisha CM Naveen Patnaik: BJD will not be part of the Mahagathabandhan. The party will continue to remain equidistant from both BJP & Congress. pic.twitter.com/375yeog7nv

BJD Has Not Yet Decided To Join 'Mahagathbandhan': Odisha CM Naveen Patnaik

"I want to clarify that as far as the Mahagathbandhan is concerned, the Biju Janata Dal is not a part of it," Patnaik told reporters on the sidelines of a meeting.