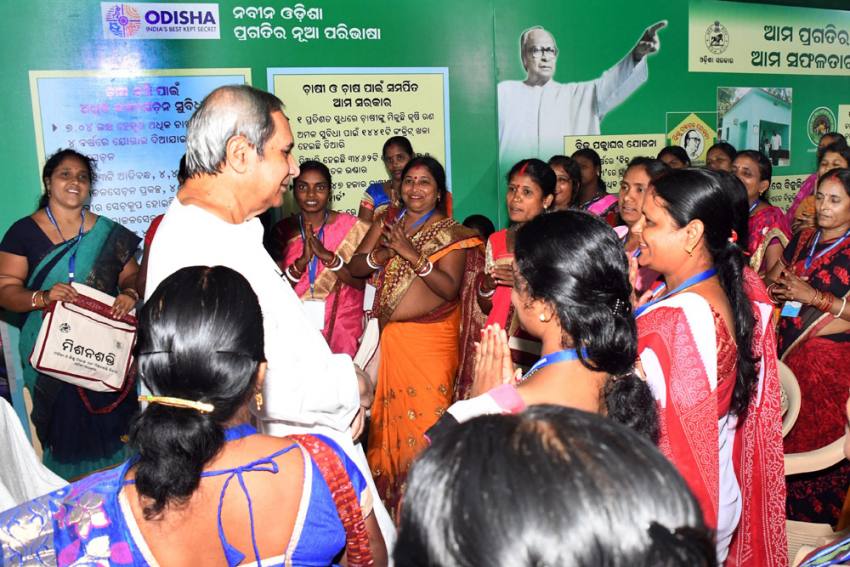 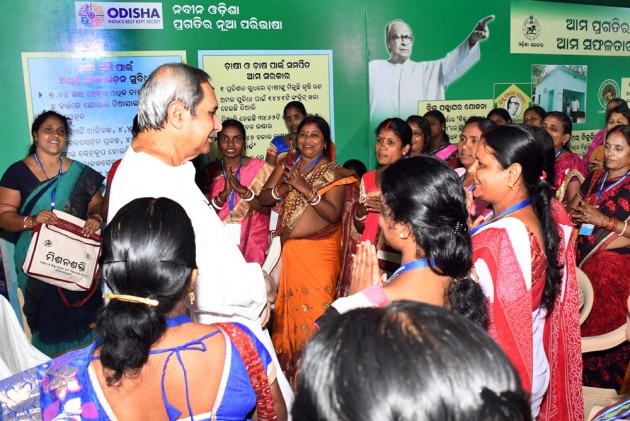 Naveen Patnaik’s stupendous success in winning five successive Assembly elections to emerge as the most popular politician in the history of Odisha has been dissected, analysed and commented on extensively by the pundits. But there is one aspect of his unprecedented success that has not quite received the kind of attention it deserves: the BJD mascot’s seemingly unending ‘affair’ with the women of the state. While there is no way to find out the exact percentage of women voters who cast their votes in favour of Naveen (not the candidate, mind you!), estimates by commentators, observers and party insiders vary between 60 to 80 per cent.

Veteran Congress leader Suresh Routray put it succinctly in the aftermath of the 2014 election, which he lost from his old constituency of Jatni. (He won in 2019). Asked about the reason for his defeat by the media after the results, the ebullient Congress leader said candidly, with a palpable sense of helplessness; “What does one do? Naveen Babu has cast a spell on women voters. They are just not prepared to listen to anything. If you say something disparaging about Naveen, you are in serious danger of being lynched!”

There is little doubt that there is a bit of exaggeration and hyperbole involved in what the popular Congress leader had said. But in its essence, it was not too very wide off the mark. This reporter has got a taste of the average Odia woman’s love for the bachelor politician and her anger against anyone speaking against him everywhere he has gone in the last few years. He also knows of several cases where wives have defied their husbands’ diktat to vote for some other party and gone on to press the button for the ‘conch’, the election symbol of the BJD. For them, it stands for Naveen. Many of them can’t even name the candidate!

It is the overwhelming vote of the women of the state that has not only ensured that Naveen won election after election, but also helped the BJD add to its tally in the Assembly in each successive election since 2000 till the trend was reversed marginally in the last election in May 2019 (the BJD won five seats fewer this time than it did in 2014), making mincemeat of the theory of ‘anti-incumbency’ in the process.

Unlike the four elections that preceded it, however, the last one was not a cakewalk by any means as the BJD was fighting heavy odds. For one thing, it had to contend with a resurgent BJP with the Modi-Shah duo leading the charge. For another, farmers in the state, battling years of apathy and neglect by the Naveen government, were a disenchanted and disgruntled lot. But the biggest odd for him was the alleged disillusionment of women voters. Commentators had said in the run up to the election that Naveen’s support among women voters would dwindle this time because of a host of reasons. One of the major reasons cited by them was the unabashed promotion of liquor by his government, which had made life hell for women in rural Odisha. There was no reason to dismiss this argument as ‘armchair pontification’. Exasperated by the drunken excesses of their menfolk, women in rural areas had got together and vented out their anger ransacking liquor shops and vends across the state. This was a spontaneous, self-sustained movement without a leader or the backing of any political party or organisation. So, there was every reason to believe that they would vote against the BJD – and, by extension, Naveen – this time.

The second major reason for their supposed anger was the alarming rise in cases of atrocities against women in the state. Rape cases, including minor rape cases, in Odisha had shot up to unprecedented levels in the preceding few years. The rate of rape cases as a percentage of the population was among the highest in the country – and the highest in cases of rape of minors – while the conviction rate in such cases was the lowest among all states. The situation was tailor-made for the Opposition to cash in on and both the BJP and Congress did harp on this issue incessantly during the campaign.

That the spirited Opposition campaign to wean away women from Naveen on these two grounds failed is testimony as much to the strength and durability of Naveen’s bond with women as to the enviable skills of political management that the BJD supremo has come to acquire over the years. While no one knows for sure the percentage of women voted for the BJD, party insiders say the share of women’s vote it had got in 2014 had remained ‘intact’ in 2019!

This relationship of mutual trust and admiration, which has stood the test of time, hasn’t come out of thin air. Ask women why they love Naveen and they would rattle off a dozen benefits that they have got during his reign. The sense one gets after talking to many of them, especially in rural areas, is they genuinely feel ‘empowered’ in his rule.

The ambitious Mission Shakti programme his government has launched has been an unqualified success with over 6 lakh all-women self help groups (SHGs) given interest-free loans for taking up income generating activities in their area, besides an initial seed money. This has given them economic independence and self-respect. They have also been roped in for various ongoing government schemes like mid-day meal, healthcare and even collection of power dues, thus opening up additional avenues for income. The reservation of 50% of seats in panchayati raj institutions (PRIs) and, on the eve of the last election, 33% of Lok Sabha seats for women have also contributed to the process of empowerment and convinced them that Naveen cares for them.

This sense of gratitude has clearly triumphed over any grievances they may have had on account of the promotion of liquor and growing atrocities against women.