BJP has fielded candidates in 27 out of the 28 Lok Sabha constituencies in Karnataka, with the party on Friday finally announcing the nominees for the remaining three parliamentary constituencies. 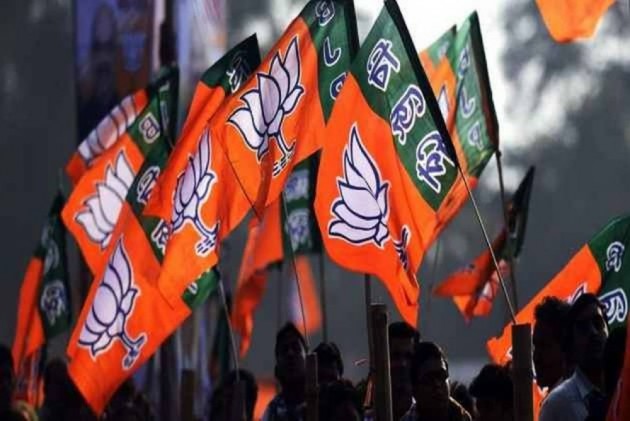 BJP has fielded candidates in 27 out of the 28 Lok Sabha constituencies in Karnataka, with the party on Friday finally announcing the nominees for the remaining three parliamentary constituencies.

The party has supported independent candidate and multi lingual actress Sumalatha Ambareesh in the Mandya Lok Sabha seat and has not fielded anyone there.

The three Lok Sabha seats for which candidates were announced by the BJP on Friday are for Chikkodi, Raichur and Koppal.

While sitting MP Sanganna Karadi has been given the ticket once again from Koppal, Raja Amresh Nayak and Anna Saheb Jolle have got tickets from Raihur and Chikkodi parliamentary seats respectively.

While the renomination of all sitting MPs as candidates was announced in the first list itself, his name not figuring in it had caused anxiety among Sanganna Karadi and his supporters.

Annasaheb Jolle, the BJP candidate in Chikkodi, is the husband of sitting party MLA from Nipani, Shashikala Jolle.

Jolle had lost from Chikkodi-Sadalaga seat during the May 2018 assembly polls.

The Congress has given the ticket to sitting MP Prakash Hukkeri from Chikkodi.

Raja Amresh Nayak, who has been named as the BJP candidate from Raichur (ST), will be pitted against sitting MP from Congress B V Nayak.

All the three constituencies- Chikkodi, Raichur and Koppal- for which BJP announced its candidates on Friday will go to the polls in the second phase on April 23, for which the notification was issued on Thursday.

While BJP and JD(S) have announced candidates for all the seats from where they will be contesting, the Congress is yet to announce the candidate from Dharwad seat.

Congress and JD(S) that are fighting this poll in alliance, according to seat sharing arrangement between them, have decided to contest from 21 and 7 seats respectively.

Karnataka will go for the polls in two phases, 14 constituencies each, on April 18 and 23.

For the second phase polls on April 23, the last date for nomination is April 4.

Scrutiny will take place on April 5 and the last day for withdrawal is April 8.

Friday is the last day to withdraw nominations for the first phase that will go to the polls on April 18.