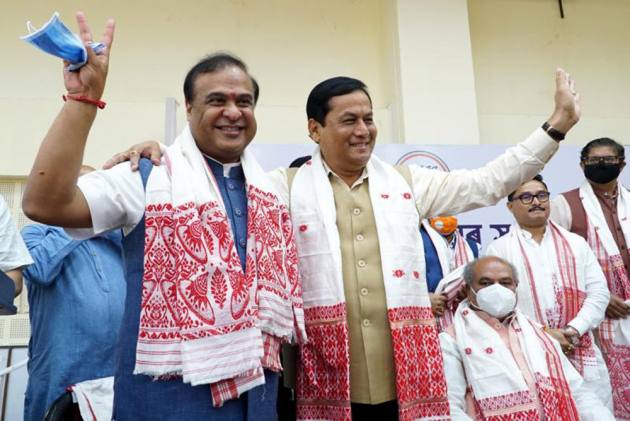 BJP leader Himanta Biswa Sarma will be sworn in as the chief minister of Assam on Monday. He was unanimously elected as the saffron camp’s Assam legislature party (AGP) leader.

Soon after, Union minister Narendra Singh Tomar, who had been appointed as a central observer for the election, declared Sarma as the head of the legislature party.

“I asked the legislators if they had any other name to propose, but none did. I, therefore, as observer declared Himanta Biswa Sarma as the leader of the BJP legislature party,” Tomar said.

Earlier the AGP, consisting nine MLAS, had said that it will support whichever candidate the party favours.

This is the first time the winning party in Assam took so long to decide its chief minister after the announcement of election results. In the past, parties usually announced their CM candidates during campaigning, whom the legislature parties would endorse post declaration of results. However, this time, neither the BJP-led NDA nor the Opposition Congress-led alliance projected their chief ministerial candidates before-hand.

The 2021 Assam Assembly election results were declared on May 2.

Among the central BJP leaders who attended the meeting as observers besides Narendra Singh Tomar, were BJP general secretaries Arun Singh, B L Santosh and Baijayant Panda, who was appointed as the party’s Assam observer.

Earlier, Sonowal called on Governor Jagdish Mukhi and submitted his resignation before heading for the meeting venue.

This morning, Sarma visited Sonowal at his official residence, the first time he did so after the results were declared. Later, the duo arrived at the meeting venue together.

The BJP top brass conducted separate meetings with the two Assamese leaders before meeting them again together.

After the meeting, Sarma had announced that the BJP legislature party meeting would be held in Guwahati today. They returned to Guwahati around midnight yesterday.

The BJP-led NDA won 75 of the 126 Assembly seats. The BJP won 60 seats, while the AGP and UPPL won nine and six seats, respectively.