“With help of drones, Pakistan is sending IED to the valley. They want to create a big terror incident in J&K,” BJP’s chief Ravinder Raina said. 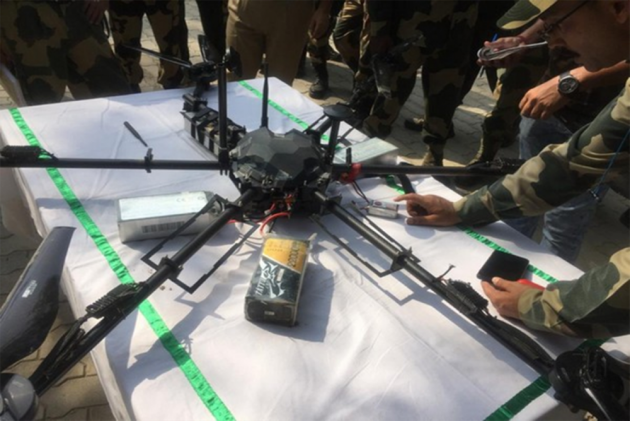 Days after an assembled drone was shot down in the Akhnoor sector of Jammu, BJP’s chief Ravinder Raina today held China responsible for “the drone attacks.” He said the Chinese were sitting in Pakistan and are conspiring against India.

“On the one hand, there is an agreement that shelling or firing will not take place along the Line of Control or International border. There will be a ceasefire everywhere, whether it is Uri, Baramulla or Rajouri, Poonch, Samba, R.S Pura, Jammu, and Kathua. The ceasefire has been observed but there is a constant conspiracy of sending weapons through drones into Jammu and Kashmir by Pakistan,” Raina said while talking to reporters in the Shopian area of South Kashmir.

“With help of drones, Pakistan is sending IED to the valley. They want to create a big terror incident in J&K,” Raina said.

“It’s not just Pakistan who is behind this conspiracy of sending drones to J&K. From where would Pakistan get drones? These drones are coming with the assistance of China. The drones send to this side of the LoC by Pakistan are all Chinese drones. Chinese sitting in Pakistan are conspiring against our country. But our Army, our paramilitary forces, and Jammu and Kashmir Police and people of J&K will defeat every conspiracy of China and Pakistan.” “Anti-drone system has been developed by India and we will not allow any bloodshed,” he added.

On June 23, the police said it shot down a drone in the Akhnoor sector of Jammu. The police said it was assembled drones made in China, Hong Kong, and Taiwan. The police, however, blamed militant organizations Lashkar-e-Toiba and Jaish Muhammad for sending the drone with payload to this side of the border. The police had said, in the past one and half years Jammu and Kashmir Police have recovered ammunition dropped through 25 drone sorties.

According to the police, the security forces have recovered 16 AK-47 rifles, three M4 USA-made rifles, 34 pistols, 15 grenades, and three IEDs dropped through the drones in the past one and half years.