The Karnataka BJP posted the video on its Twitter handle and demanded that the police initiate action against him. 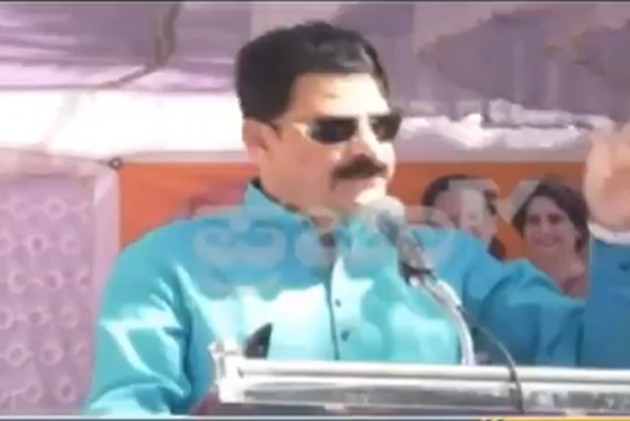 A Congress leader in Karnataka has sparked a controversy with his alleged remarks at a party function in Bengaluru asking right-wing members "to shoot" Prime Minister Narendra Modi "if they had they had the guts" to do so, following which the BJP has demanded action against him.

A purported video of former MLA Belur Gopalakrishna's controversial remarks, made at a party event on February 4 to protest the action of a Hindu Mahasabha leader Puja Shakun Pandey glorifying Nathuram Godse for assassinating Mahatma Gandhi, has gone viral.

Pandey had shot at an effigy of Mahatma Gandhi with a toy gun on the death anniversary of the father of the nation and had observed it as "Shaurya Divas" in Aligarh on January 31.

"My dear friends, these people who speak in favour of Godse today, such people should not stay in the country. If they move to murder the democracy of this country... If you (extreme right-wingers) have the guts, shoot down your Modi. Don't kill anybody else. I am very happy...," Gopalakrishna is heard saying in the purported video.

The Karnataka BJP posted the video on its Twitter handle and demanded that the police initiate action against him.

Instigating for assassination of PM of a country is a nation threat & we urge @HMOIndia, @CPBlr to impose legal action immediately. pic.twitter.com/Tg9GO0FCdM

"Belur Gopalakrishna, a Congress leader in an official party function calls for assassination of democratically elected PM Sri @narendramodi ji. Instigating for the assassination of PM of a country is a national threat & we urge @HMOIndia, @CPBlr to impose legal action immediately," the BJP tweeted.

"Well @RahulGandhi we remember you saying you don't endorse hate politics but now that your own party leader has openly called for the assassination of a democratically elected PM of this nation would act on him. If you don't act it clearly means you endorse his words," the party tweeted.

When asked about it, Gopalakrishna defended his remarks.

He said, "I never said I will kill Modi. These people insulted the father of the nation, shot at his effigy and said that if Gandhi was alive today they would have shot him dead.

"I only asked them (extreme right-wing outfits) if they have the guts to shoot the prime minister," said Gopalakrishna, who has been a party hopper.

Previously, he was in the BJP and jumped to the Congress after he was denied a ticket in the assembly election to contest from Sagar constituency last year. Before that, he was in the JD(S).