The BJP on Wednesday demanded that PDP chief Mehbooba Mufti be arrested for allegedly instigating people to defy a ban of vehicular movement on the national highway connecting Jammu with Srinagar. 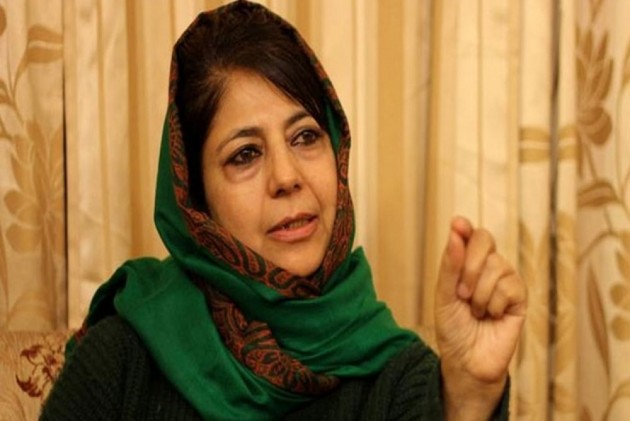 The BJP on Wednesday demanded that PDP chief Mehbooba Mufti be arrested for allegedly instigating people to defy a ban of vehicular movement on the national highway connecting Jammu with Srinagar.

"FIR should be registered against former CM Mehbooba Mufti for statements to instigate the public to defy vehicular ban on highway on Wednesdays and Sundays," the chief spokesperson of J&K Bharatiya Janata Party, Sunil Sethi, told reporters.

"We demand the arrest of Mehbooba Mufti for instigating public to break law," he added.

He said "perhaps" that is what Mufti desires as she may get more votes by instigating public.

Sethi noted that politics in the state has gone to the "lowest ebb" when a former chief minister has no regard for law.

He said restrictions on vehicular traffic of civilians on these two days in a week is well a thought-out strategy to stop recurrence of Pulwama-like incidents.