Sources tell Outlook that a Socio-Economic Caste Census (SECC) is under 'active consideration' and this would not be a part of the decennial census but undertaken later as a longer-term project. 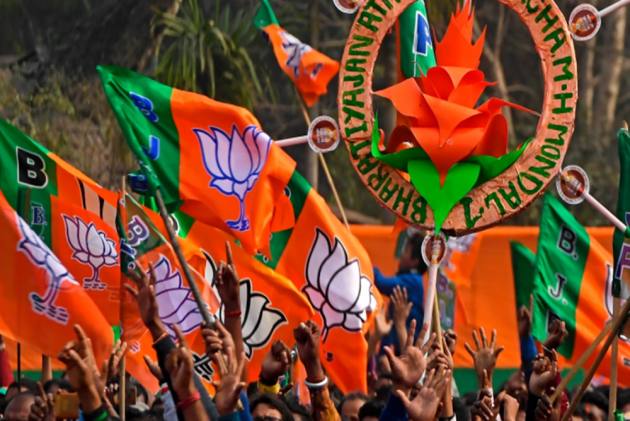 The politics of Mandal and Kamandal never really dies and keeps returning depending upon the electoral cycle of the country. With critical assembly elections due early next year, including in Uttar Pradesh, the construction of Ram Mandir is at the forefront, as also the demand for caste-based census from various political parties. The chorus for a caste census has grown, including from the allies of the BJP-led government and also within the party.

Though the government has clarified it is not going to undertake a caste-based census as part of the Population Census, 2021, sources tell Outlook that a Socio-Economic Caste Census (SECC) is under “active consideration”. This would not be a part of the decennial census but undertaken later as a longer-term project.

“The party leadership is deliberating on the issue. One possibility being discussed is an overall enumeration of OBC communities, without differentiating the caste, to assess the size of their population,” a senior BJP leader says. The party seems to understand the reasons for the demand for a detailed caste census that is coming from across the political divide.

“A correct enumeration would help target welfare programmes better with more equitable redistribution of quotas within the grouping. But we may not need a full-fledged census with sub-categorization within the OBCs for this,” the leader adds.

The government, last month, had iterated in Parliament that as a matter of policy it will not enumerate caste-wise populations other than SCs and STs in the census. “Also, the 2021 census is already much-delayed because of Covid-19. There is no way that a headcount of OBCs can be done as part of the census,” says a government official.

The BJP plans to discuss the issue with allies like JD(U) and Apna Dal, who have been making public demand for caste census, and also with opposition parties like RJD and SP. “With elections coming in UP, the government at least has to appear flexible on the contentious issue. In states like Bihar and UP, it is well-known that people don’t cast their vote but vote their caste,” says a BJP leader from UP.

That the issue is electorally important was evident when BJP MP from Badaun in poll-bound UP Sanghmitra Maurya chose to focus on the issue of caste census. She was fielded by the government in Lok Sabha as the first speaker when it moved the 127th Constitutional Amendment Bill, 2021, or the OBC Bill for consideration on August 10. The OBC Bill that seeks to restore the power of states and union territories to draw up their list of OBCs does not say anything about a census.

Maurya’s brief but vociferous speech -- in which she criticised the Congress for undertaking an SECC in 2011 but not publishing the caste data – triggered speculations that the Narendra Modi government is considering the same. The Congress-led UPA government had carried out the SECC along with the 2011 decennial census but did not publish the caste data, citing anomalies.

For the BJP, navigating the caste conundrum has not been easy. While it wants to bring all castes under the larger Hindutva umbrella, it cannot ignore the reality of deeply-entrenched caste identities and is forced to give representation to various castes in the Cabinet. Also, because the way caste and social justice are historically intertwined. However, going ahead with a caste-based census is fraught with dangers for the government. The resulting data could set off an unpredictable political and social churn.

Its ideological fountainhead RSS too has been ambivalent about the issue of caste-based reservations and caste census. The RSS top-brass has had to clarify its position on reservations many times, including before crucial elections. Though the Sangh has come out in support of reservations time and again, it has refrained from speaking anything on caste census. RSS general secretary Dattatreya Hosabale reiterated on August 10 that the Sangh strongly supports reservation as it is a historical necessity of India. Speaking at the launch of a book, titled ‘Makers Of Modern Dalit History’, he said, reservation is an affirmative action that should go hand-in-hand with reconciliation.

A Sangh functionary says that the organisation has not spent time deliberating on the issue of caste census. However, RSS leaders have opposed the idea in the past. Hosabale’s predecessor Suresh Bhaiyyaji Joshi had said in the run-up to the 2011 population census -- “We are not against registering categories, but we oppose registering castes.” According to him, a caste-based census is against the idea of a casteless society envisaged by leaders like Babasaheb Ambedkar in the Constitution and will weaken ongoing efforts to create social harmony.