Amarinder Singh also criticised Haryana minister J P Dalal, who had stoked a controversy on Saturday, saying the farmers would have died even if they had stayed back home. 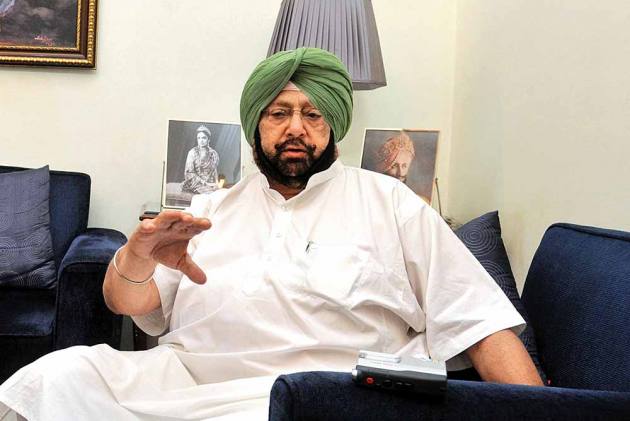 Punjab Chief Minister Amarinder Singh on Sunday expressed shock over statements of senior BJP leaders on the farmers who died at the Delhi borders protesting against the farm laws. He said the party has lost the moral ground to rule at the Centre and in Haryana.

Amarinder Singh lashed out at Tomar over what he called was his  “outrageous statement” citing Delhi Police information that only two farmers have died and one has committed suicide.

“Even the media has released details of more than 200 farmers who have lost their lives in this agitation,” the CM said in a statement.

He also criticised Haryana minister J P Dalal, who had stoked a controversy on Saturday, saying the farmers would have died even if they had stayed back home.

Dalal made the remark in Bhiwani in response to a reporter's query over the death of farmers.

However, hours after making the statement, the Haryana agriculture minister said he had seen “twisted” statements attributed to him on social media.

"If anybody is hurt by it, I tender my apology," Dalal had said.

The Punjab chief minister also slammed Tomar for answering in the negative to a query in the Rajya Sabha recently whether the government will provide financial assistance from the Kisan Kalyan Fund to the families of the dead farmers.

“It was deplorable that a government that can spend Rs 8 crore on publicity campaign for the new farm laws cannot give compensation to the families of the farmers who have sacrificed their lives in fighting for their rights,” he said, adding that Punjab alone has paid compensation to 102 families.

“These statements of Tomar and Dalal reflect a shocking lack of concern on the part of the BJP leadership towards the farmers who have been braving the elements and the lathis of the Delhi and Haryana Police in their fight for survival,” the CM said.

The chief minister said it is appalling that a government which claimed to be working in the interest of farmers does not even know how many farmers had died in the protests against the farm laws, “just as they had no idea, some months ago, on how many migrants had died in the country during the lockdown”.

“What kind of government is this that has no data (or so it claims) of people dying on the streets in their own country,” Amarinder Singh asked.

“Either the agriculture minister deliberately lied on the floor of the House or simply does not care to even ascertain the facts and figures,” said the chief minister, adding that this was not the first time a central minister had made a “false statement in Parliament on the issue of the farm laws or the farmers' agitation”.

“Another minister had earlier stated falsely in the House that Punjab had been taken on board on the farm laws in its capacity as a member of the agricultural reforms committee, which was also a blatant lie,” the CM said, adding that not once were these legislations even mentioned in that committee.