Suvendu Adhikari resigned as the WB transport minister on Friday, raising speculations over his next move 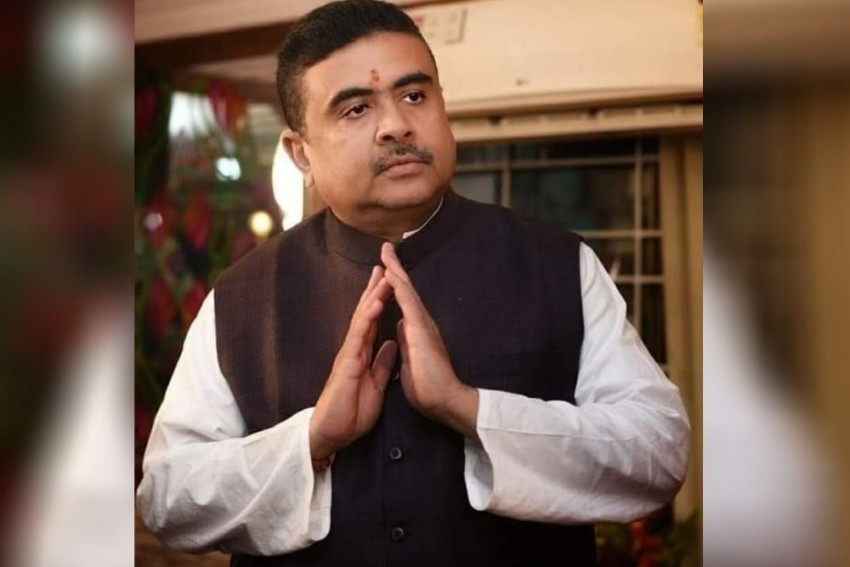 The BJP central leadership is in touch with disgruntled TMC leader Suvendu Adhikari, who resigned from the Mamata Banerjee cabinet, but nothing has been decided as of now regarding him joining the saffron party, sources said on Saturday.

Sources also said, Adhikari is on good terms with some BJP leaders but talks regarding his conditions for joining the party are yet to begin. The BJP is, however, hopeful about him joining the party, as it feels that the heavyweight TMC leader has "few options left", a senior BJP leader said. "We are in touch with Suvendu Adhikari. We share good terms with him but nothing has been decided as of now regarding him joining us. We have to wait for few more days to have a clear picture," the leader said on condition of anonymity.

"After resigning as minister it will be tough for Adhikari to continue in TMC. So, the options before him are floating a new party or joining BJP or Congress," the BJP leader said. "It takes a lot of money and human resource to float a new political outfit, which we don't think is possible at this juncture," he said adding that Adhikari will not join the Congress in all likelihood since the party is weak in Bengal. "So, the only option left is the BJP, which we think is the most beneficial proposition for both the parties," he said.

Sources said Adhikari's exit from the state cabinet on Friday is seen as a prelude to him severing his two-decade-old association with the TMC. The TMC leadership, which had initiated backchannel talks with him, has decided to adopt a "wait and watch" approach and will not initiate any further talks to address his grievances, sources in the party said.

Apart from his home district of East Midnapore, Adhikari enjoys massive influence in over at least 40-45 assembly segments in tribal Jangalmahal area comprising of West Midnapore, Bankura, Purulia and Jhargram and parts of Birbhum and minority-dominated Murshidabad districts.

This assumes significance as polls in the state, where BJP has made deep inroads, is due in April-May 2021 and Chief Minister Mamata Banerjee will seek to return to power for the third consecutive term.