BJP Hid Data, If Elected To Power, SP Will Audit Covid Management In UP: Akhilesh Yadav

‘A number of lives were lost. If anybody is responsible for this, it is the BJP government,’ Samajwadi Party chief Akhilesh Yadav said 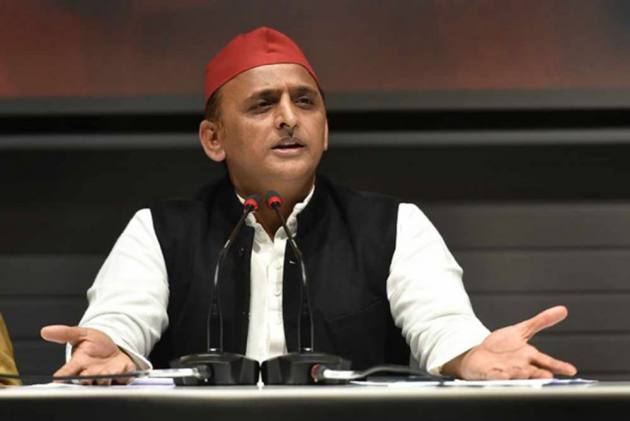 Ahead of the Uttar Pradesh Assembly polls scheduled to take place next year, Samajwadi Party (SP) chief Akhilesh Yadav on Sunday said that if his party is elected to power it will conduct an audit of the Covid-19 management in the state.

Yadav made the statement while accusing the BJP-led Uttar Pradesh government of hiding data related to Covid fatalities in the state as he promised to take strict action against all officials who allegedly concealed pandemic-related data.

Claiming that during the peak of the pandemic it felt like there was no government functioning in Uttar Pradesh, Yadav said, "After the Assembly polls in the state and the formation of the SP government, an audit (of Covid management) will be done and officials who had concealed information will face stringent action…Officials who had breached their limits, their list has been prepared. During the pandemic, there was a time when it was felt that there was no government in Uttar Pradesh. People were left to their fate.”

There was black-marketing of medicines, people did not get beds in hospitals and had to run from one place to another for oxygen, he added.

"A number of lives were lost. If anybody is responsible for this, it is the BJP government," the former chief minister further said.

He also talked about the teachers who allegedly died during panchayat poll duties in the state.

"When the teachers went on (panchayat poll) duty, it was said only three of them died (due to Covid). Later, when organisations and we raised questions, the government had to admit how many lives were actually lost," he said.

A teachers' body had earlier claimed that over 1,600 teachers and workers of the basic education department have died of Covid in Uttar Pradesh since the first week of April and that 90 per cent of them were on panchayat poll duty.

However, Satish Chandra Dwivedi, the UP Minister of State (independent charge) for Basic Education, had said according to government data, only three teachers had died due to Covid.

On May 31, the state cabinet had approved a financial assistance of Rs 30 lakh each for the kin of the government personnel who died on duty during the recently-held panchayat polls, including those who succumbed to Covid within 30 days of poll duty.

It had also approved increasing the ex-gratia amount from Rs 15 lakh to Rs 30 lakh.

"Hence, for the ex-gratia, death due to COVID-19 within 30 days from election duty has been made the eligibility criteria," a government spokesperson had said.

Sharpening his attack on the BJP, Yadav said no political party indulges in hooliganism more than the BJP. He also alleged that after shattering democracy, Chief Minister Yogi Adityanath is eating sweets and that he cannot be a "yogi".

"No other party can be bigger than the BJP as far as hooliganism is concerned. The BJP has given a new definition to hooliganism by involving the administration. The SP, City of Etawah can be heard saying on the phone that a BJP MLA, the district president (of the BJP) and workers have bombs and are pelting stones," he said.

"Laddoos are being eaten after shattering democracy. Celebrations are taking place. He (Adityanath) cannot be a yogi. I have said this earlier as well that he is not a yogi. If someone was a yogi, he would not have caused sorrows to the public," Yadav said.

Accusing the administration of helping the BJP-supported candidates in the panchayat polls in Gorakhpur, he said, "The chief minister uses hooliganism first at his place, and then implements it at every place in the state."

Yadav also said that such hooliganism cannot be imagined in a democracy.

On a question over the possibility of an alliance with the Aam Aadmi Party in the 2022 Assembly polls, he evaded a direct reply, saying, "The endeavour of the SP will be to take the maximum number of parties along."

Referring to the condition of farmers, he said, "Since the 2017 Sankalp Patra of the BJP did not have the photograph of Adityanath, he threw it in the dustbin. The BJP had talked about doubling the income of the farmers by 2022, but that did not happen. The BJP should say what roadmap it had prepared to fulfil its promises."

Reacting to Yadav's statement, state BJP chief Swatantra Dev Singh, in a statement, said, "The Samajwadi Party chief is sad and disappointed by his defeat (in the panchayat polls). The SP should accept the truth and praise the employment opportunities given to youngsters. Being in opposition does not mean that you speak lies and try to mislead the public."