BJP targets the Congress citing a reported statement of Rajiv Saxena, a key accused in the case 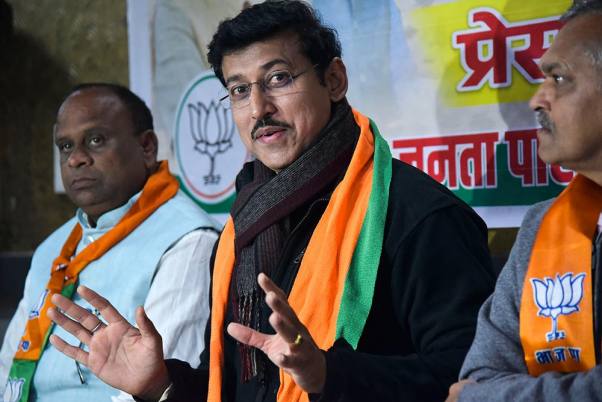 The BJP on Wednesday hit out at the Congress for its "silence" over allegations of involvement of its top leaders in the AgustaWestland kickback probe and took a swipe at Rahul Gandhi, saying he tweets on all sort of issues but has not responded to these grave charges.

At a press conference, BJP spokesperson Rajyavardhan Singh Rathore demanded that Congress president Sonia Gandhi and her son answer about the allegations levelled against their party leaders.

"What do they have to tell about the names of their party leaders being mentioned in the scam? What is the meaning of their silence?" he asked.

The BJP has targeted the Congress citing a reported statement of Rajiv Saxena, a key accused in the case, to the Enforcement Directorate in which, it is claimed, he had mentioned the names of former Madhya Pradesh chief minister Kamal Nath's nephew Ratul Puri and son Bakul Nath, along with Congress leaders Salman Khurshid and Ahmed Patel.

Khurshid had said that he cannot respond to the BJP's claim until he knows the context in which his name has been mentioned by the accused.

Taking a swipe at Rahul Gandhi, Rathore said he had often attacked the Modi government over the Rafale fighter aircraft deal despite the Supreme Court giving a clean chit to it but has not spoken a word about the investigation into the alleged corruption in the purchase of the VVIP choppers.

The CBI had begun probing the AgustaWestland deal when the UPA government was in power after an investigation in Italy suggested kickbacks in the transaction.

Rathore said the then defence minister A K Antony had acknowledged in Parliament that corruption had occurred in the deal.

"Scam was the priority" in defence deals when the Congress was in power, he alleged.

"People of the country will never forgive the Congress for its corruption in defence deals," he said.

Speaking to reporters, Rathore also attacked the Mamata Banerjee government in West Bengal over alleged violence against BJP workers in the state.