‘Why has the prime minister not reached out to the farmers personally?’ Congress leader Rahul Gandhi questioned on Wednesday 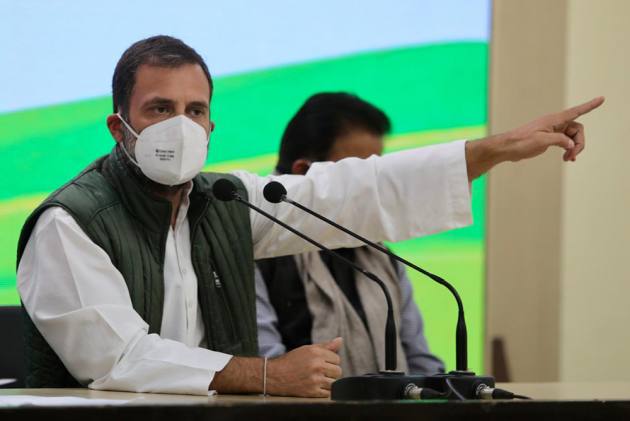 Hitting out at the Centre, Congress leader Rahul Gandhi said, that the farmers’ issue needs to be resolved as soon as possible and asked the BJP to immediately repeal the contested agriculture legislations.

“Why has the prime minister not reached out to the farmers personally?” Rahul Gandhi questioned on Wednesday and he also demanded to know why the central government was converting Delhi into a “fortress”.

His comments come just a day after police made special security arrangements at the Ghazipur protest site by placing concertina wire, multi-layer barricades, checkpoints and studded roads with nails.

Rahul Gandhi also alleged that India’s image has taken a massive hit due to the BJP. The BJP has shattered India's soft power, the Congress MP said, in an apparent reference to many international celebrities and activists such as Greta Thunberg and Rihanna expressing concern over the farmers’ protests.

Rahul Gandhi also hit out at the BJP over the Union Budget and said that this budget was “meant for giving 5-10 people all the money”.

“The need of the hour is for the government to put money in the hands of the people if it wants to jump start the economy,” the Congress leader said.