The militants entered into the rented accommodation of the BJP leader Ghulam Rasool Dar (Sarpanch) of Redwani Kulgam and fired indiscriminately killing both Dar and his wife Jawahira, who was panch of her area. 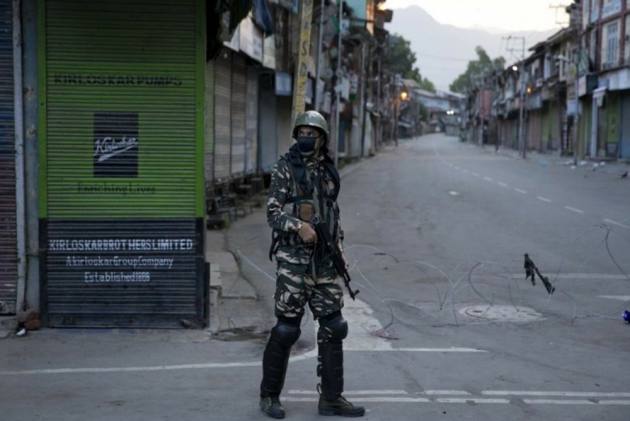 A Bharatiya Janata Party (BJP) Kisan Morcha leader and his wife were shot dead by militants at Lal Chowk area in South Kashmir Anantnag district, around 50 km from Srinagar, officials said on Monday.

The militants entered into the rented accommodation of the BJP leader Ghulam Rasool Dar (Sarpanch) of Redwani Kulgam and fired indiscriminately killing both Dar and his wife Jawahira, who was panch of her area.

Disclosing the details about the incident, BJP J&K spokesman Altaf Thakur condemned the killing of Dar, and his wife and termed it as barbaric and cowardly. Thakur said attacking and killing innocent people will lead to nowhere and the acts reflect the frustration on part of militants. Thakur expressed sympathies with the bereaved family and urged police to nab the attackers and punish them sternly.

BJP Leader Shot Dead By Militants In Pulwama In J&K

This is the third such attack on the BJP local leader in the Valley this year.  On March 29, militants attacked Municipal Office Sopore, around 55 km north of Srinagar, killing two municipal councillors of the BJP Shams-ud-din Peer, Riyaz Ahmad and police constable Shafqat Ahmad.

On June 3 evening, militants shot dead BJP councilor, Rakesh Pandit when he was in Tral area without his two security guards provided by the police for his security.

Last year in October, militants in Kulgam district of South Kashmir had killed three BJP workers, including Fida Hussian, a 29-year-old general secretary of its youth wing, and two other supporters in their early twenties.

In August 2020, a BJP worker Abdul Hamid Najar, the resident of the Mohiendpora area of Budgam was killed by militants. On the evening of July 8 last year, BJP leader Sheikh Waseem Bari, his father, Bashir Ahmad, and his brother, Umer Sultan, were killed outside their residence in north Kashmir's Bandipora area.