Assam had witnessed massive protests against the implementation of CAA in 2019 and five people had lost their lives to the violence that broke out. 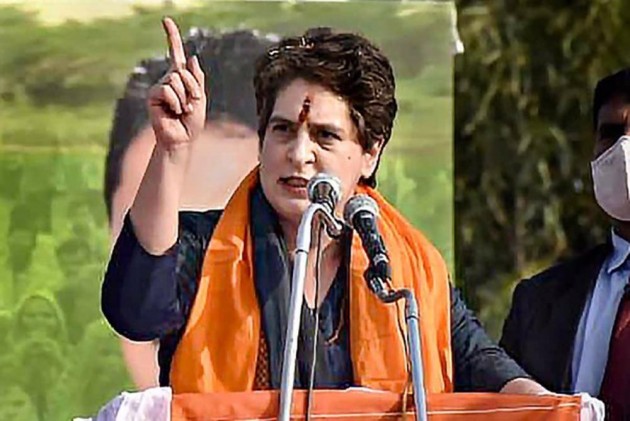 Taking a dig at Bhartiya Janata Party (BJP) on Monday, Congress general secretary Priyanka Gandhi Vadra said that BJP leaders talk about implementing the Citizenship Amendment Act (CAA) in various parts of the country, but do not have the courage to mention it in Assam.

Assam had witnessed massive protests against the implementation of CAA in 2019 and five people had lost their lives to the violence that broke out.

The grand alliance of the Congress and six other parties will form the government in Assam after the election as people are fed up with the false promises made by the BJP, she said.

If Voted To Power In Assam, Congress Will Never Implement CAA In State: Rahul Gandhi

"The BJP makes tall promises before elections but during the next five years, they do nothing to fulfil them and people have realised it," the Congress leader told reporters after addressing a meeting of party workers here.

BJP leaders move around the country talking about implementing the CAA but are silent about it when they come to Assam, Gandhi said. "They lack the courage to mention it in the state and
people of Assam should never allow them to even talk about it, let alone implement it," she said.

The objective of the CAA is to grant Indian citizenship to people of minority communities Hindu, Sikh, Jain, Buddhist, Parsi and Christian of Pakistan, Bangladesh and Afghanistan, who had come to India till December 31, 2014 due to religious persecution in these countries.