BJP Largely Sticks To Past Winners In List for Maharashtra

Nitin Gadkari will contest Nagpur as expected. This time however, his opponent will be Nana Patole, an original Congress party member, who had shifted to the BJP before 2014 Lok Sabha elections. 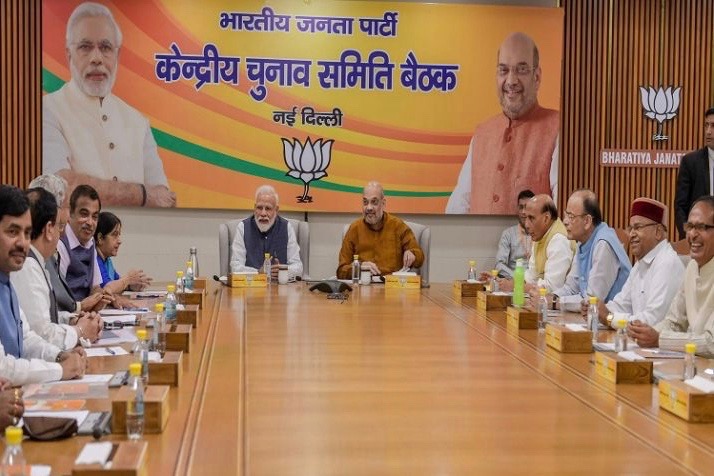 Of the 25 seats that BJP will contest from Maharashtra (Sena contests the remaining 23), candidature for 16 seats was declared on Thursday evening. Largely, the party has stuck to past winners, except for introduction of most recent entrant to the party, Sujay Vikhe, son of Congress leader Radhakrishna Vikhe Patil.

He will be contesting from Ahmednagar, opposite Sangram Jagtap from the Nationalist Congress Party. It will be an interesting contest, given how strongly Radhakrishna Vikhe Patil criticised the BJP during the farmers’ agitation that started from Puntamba in Ahmednagar.

Nitin Gadkari will contest Nagpur as expected. This time however, his opponent will be Nana Patole, an original Congress party member, who had shifted to the BJP before 2014 elections. In 2014, he had defeated NCP strongman Praful Patel to win the Bhandara-Gondia seat. However, he resigned and also quit the party to come back to Congress over the government’s apathy towards the agrarian crisis. Gadkari, riding on infrastructure-related announcements, including metro for Nagpur, is confident. However, one cannot ignore that Patole’s backing to NCP candidate in the by-poll ensured victory for NCP.

In 2014, Poonam Mahajan’s victory (with a huge margin) over Priya Dutt had made big news and was cited as an example of how strong the Modi wave was. This year too she has been given candidature for Mumbai North Central. Ironically, Priya Dutt who had recently spoken about quitting politics, has been named as Congress candidate. Called as the natural claimant, after her father Sunil Dutt’s demise, Priya Dutt has already started holding meetings and reaching out to people. The only other Mumbai candidature, announced in this list, is that of Gopal Shetty.

BJP-Sena alliance news may still be very fresh and delicate, but they had to pacify a disgruntled Sena leader, Arjun Khotkar over not getting a Lok Sabha ticket from Jalna. Today, BJP has announced candidature of Raosaheb Danve, another senior leader from Jalna, after Khotkar withdrew his demand to contest from the same seat.