J-K BJP spokesperson Ashwani Kumar Chrungoo has sought the intervention of the commission for direction to authorities to provide security to all sarpanches in Jammu and Kashmir. 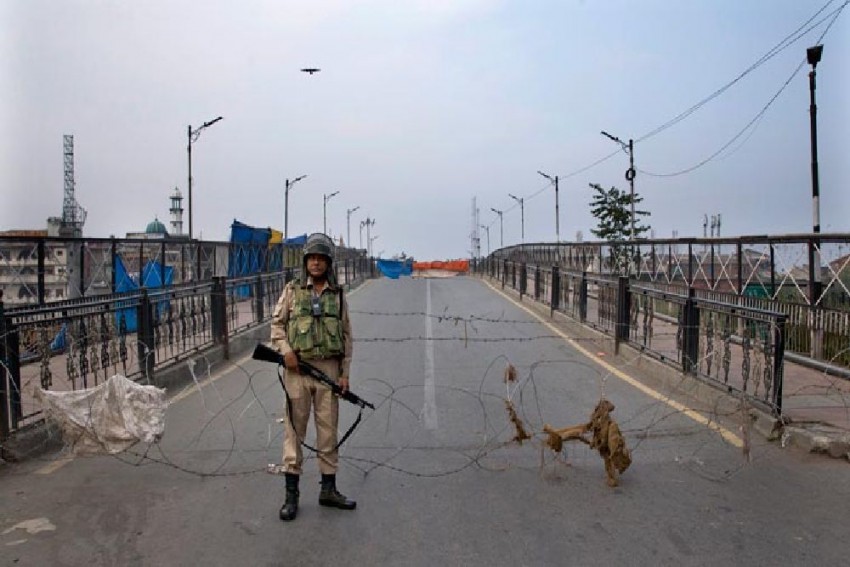 A BJP leader has approached the National Human Rights Commission (NHRC) to seek its intervention to ensure the security of sarpanches facing terror threat in Kashmir.

The NHRC has taken note of the matter and has forwarded it to the Union secretary for home affairs and Jammu and Kashmir chief secretary, calling for an action taken report within four weeks, J-K BJP spokesperson on Kashmir affairs Ashwani Kumar Chrungoo said in a statement here.

The BJP leader, citing a communication from the human rights panel, said the NHRC has said that in case, the report is not received within the stipulated time, it shall be constrained to invoke Section 13 of the Protection of Human Rights Act for the personal appearance of the authority concerned.

Chrungoo has filed the case with the NHRC along with a complaint from Vijay Raina, a sarpanch in south Kashmir’s Kulgam district.

He has sought the intervention of the commission for direction to authorities to provide security to all sarpanches and has said that if the same is not possible, at least authorities should try to induce a sense of fearlessness among them by other means.

The complaint to the NHRC alleged that despite repeated requests for providing security to sarpanches, no action has been taken by the administration of the Union Territory of Jammu and Kashmir, and the central government.

The NHRC said it was further alleged in the complaint that there have been open threats of intimidation and killing of minorities by terror groups like Hizbul Mujahideen, Lashkar-e-Taiba and Jaish-e-Mohammad and the sarpanches are feeling insecure and living in intense fear, according to the statement.

The main complaint filed by Chrungoo also includes a demand to issue directions to institute a "Special Crimes Tribunal" in consonance with the decision of the NHRC in June 1999 describing that acts akin to genocide were committed against Kashmiri Pandits and a genocide type design may exist against them, it said.

The commission said the complainant has asked for a thorough investigation into the excesses committed against non-Muslim minorities in the erstwhile state of Jammu and Kashmir by terrorists and radical fundamentalists.