Brishaketu Debbarma, representing the Simna constituency tendered his resignation to the Tripura Assembly speaker on Wednesday 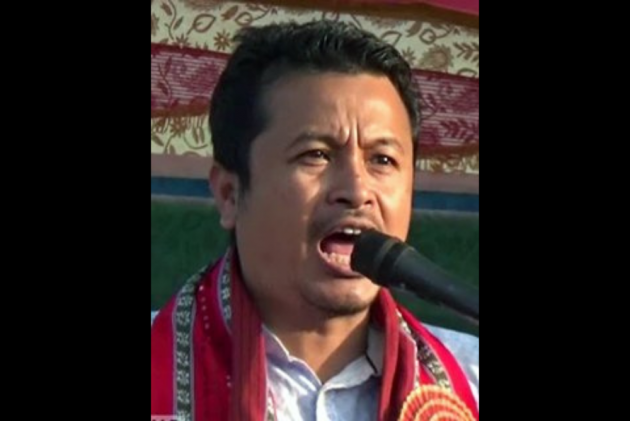 The BJP-led ruling alliance in Tripura has suffered a setback with one of its MLAs-- Brishaketu Debbarma, tendering his resignation from the Assembly late on Tuesday evening.

Debbarma belongs to the Indigenous People’s Front of Tripura (IPFT), one the parties part of the ruling alliance in the state. He was elected from the Simna (ST) constituency in West Tripura district.

The lawyer-turned-legislator has cited “personal reasons” for taking the step without elaborating. “Due to some personal reason, I am tendering my resignation as MLA from the said Assembly constituency; in this regard, I would like to request you kindly to consider this as my resignation letter,” Brishaketu wrote in his letter to the speaker, Rebati Mohan Das.

The speaker is yet to accept the resignation as he wants Brishaketu to appear before him personally. According to him, the letter was sent through a messenger and one has to be certain it was not written under any duress.

After Brishaketu’s resignation, the IPFT’s number of MLAs has come down to seven while the alliance will now have 43 legislators, including BJP’s 36, in the 60-member Assembly.

Brishaketu has not resigned from the party although the grapevine has it that he may be headed for the TIPRA (Tipraha Indigenous Progressive Regional Alliance) Motha led by royal scion Pradyot Kishore Manikya Debbarma. There has been a steady flow of IPFT workers to the TIPRA Motha of late.

The resignation further heightens the woes of the ruling alliance as it comes at a time when senior partner BJP itself is weighed down by internal squabbles with several senior MLAs baying for chief minister Biplab Kumar Deb’s removal for his alleged mis-governance. The BJP’s central leadership is already informed of the matter and is trying to resolve the highly volatile issue with Assembly elections scheduled for early 2023.

According to sources, more IPFT MLAs could resign from the Assembly and leave the party to join TIPRA Motha. “This is just the beginning,” a source said. He said that Brishaketu has for some time been feeling ignored within the party. The blame allegedly lies at the door of party president Narendra Chandra Debbarma and general secretary Mevar Kr Jamatia, who also hold important portfolios in the government and are seen as being more concerned about themselves.

“Besides, the party has not been able to live up to expectations of the tribals by its acts of omission and commission which has not gone down well with several MLAs who have consequently lost the goodwill of the people in their respective constituencies,” the source said.

Adding to the discomfiture of IPFT MLAs is the growing clout of TIPRA Motha among the tribals ever since its victory in the Tripura Tribal Areas Autonomous District Council polls in April last where the IPFT could not win a single seat. “They see greater prospects for themselves in the TIPRA Motha in the prevailing circumstances where the IPFT is losing out organisationally at the grassroots and it might serve the MLAs better to cross over before its too late,” the source said.

The IPFT, however, on Wednesday termed the TIPRA Motha supremo Pradyot Kishore as merely an “opportunist”. Smarting from Brishaketu’s resignation, party spokesperson Mangal Debbarma told an Agartala-based channel that the royal scion was engaged in “opportunistic politics for power” and has done “ideological volte face” on key issues the party had raised to woo the tribals. He said Pradyot Kishore was only exploiting the pro-royalty sentiments of the simple tribals. “But he is already getting exposed and the tribal people are seeing through his lust for power,” he said.