West Bengal Chief Minister and TMC supremo Mamata Banerjee minced no words in criticising BJP, a day after it wasn’t allowed to attend the Global Peace Meet in Rome. 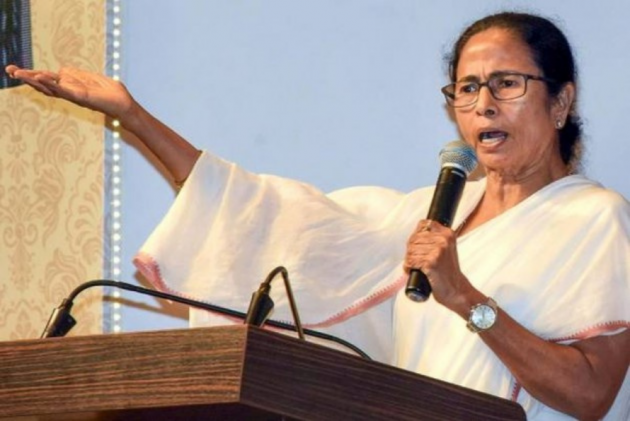 In a stern attack on BJP, Trinamool Congress supremo Mamata Banerjee on Sunday said the party is limited to “rhetoric” only, while asserting that she will defeat the party across the country in the coming days.

"The BJP is the biggest jumla party in the country. It is the party that has only lies and hatred to offer. If you speak against them, they will unleash central agencies against you. They (BJP) are the party of a dancing dragon, who will remove your name from the list of citizenship in the name of CAA, NRC and NPR," said West Bengal Chief Minister Banerjee.

Banerjee was addressing a public meeting for the Bhabanipur by-poll scheduled September 30.

She criticised the Centre for not allowing her to attend a global peace meet in Rome and claimed that such attempts by the BJP will not succeed in stopping her.

Banerjee also accused the saffron party of bringing in outsiders to create disturbances during the by-poll.

"The BJP thinks it can do whatever it wants just because it is in power. It doesn't follow human rights and democratic rights in the states where it is in power -- Uttar Pradesh, Assam, or Tripura. So many people died due to Covid in Uttar Pradesh. They did not allow cremation of those bodies and threw them in the Ganga. Human rights are violated in these states regularly, but Human Rights Commission won't visit these states," she said.

The TMC boss also alleged that the Congress, BJP and the CPI(M) have join hands to defeat her in the Bhabanipur by-election.

Besides Banerjee, the BJP's Priyanka Tibrewal and the CPI(M)'s Srijib Biswas are contesting from Bhabanipur in south Kolkata. The Congress has decided not to field a candidate there.

The votes will be counted on October 3. (With PTI inputs)