The Bharatiya Janata Party (BJP) has steamrolled the Banerjee-led Trinamool Congress bastion as trends of counting of votes indicate. 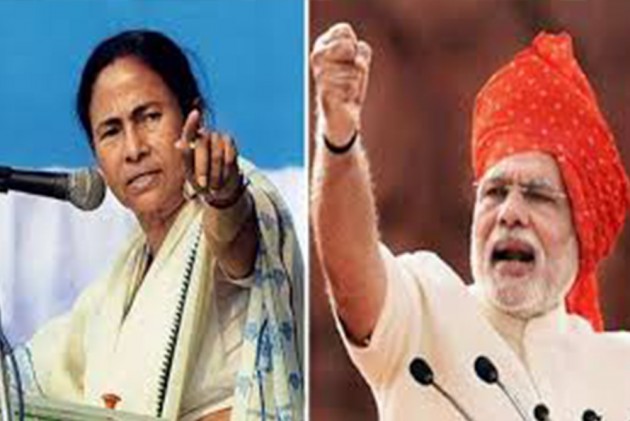 There is a saffron surge in Mamata Banerjee’s West Bengal. The Bharatiya Janata Party (BJP) has steamrolled the Banerjee-led Trinamool Congress bastion as early trends of counting of votes indicate.

The BJP was leading in as many as 18 out of the 42 Lok Sabha seats in the state, an exceptional surge for a party that until 2014, had only a couple of seats.

Bengal witnessed violence during all the seven-phased polling spread over more than six weeks with a no-holds barred high-decibel campaigning. The intense rivalry saw a pitched battle between the BJP and Trinamool Congress workers and supporters during a roadshow of BJP president Amit Shah in central Kolkata, that led to vandalizing of a bust of Ishwar Chandra Vidyasagar, a 19th century academic, educator and one of the foremost figures of Bengal’s Renaissance.

The BJP’s campaign onslaught was led by none other than Prime Minister Narendra Modi and his lieutenant and party president Amit Shah.

In 2014 general election, the Trinamool Congress had increased its tally to 34 seats and the BJP had won two seats, including Darjeeling and Asansol Lok Sabha seats. The Congress which had won four seats in 2014 is leading in a lone seat wile the Left Front which had won a couple of seats has failed to open its account in the state.

In the run up to the general election, there was little doubt that Banerjee viewed the BJP as a greater political threat than the now decimated Congress, which is the main opposition in the 295-member Bengal assembly with 42 lawmakers or the Left which has 32 legislators, in contrast to the BJP has only three.

The common perception is that Banerjee’s unabashed wooing of the minority community which comprises 23 percent of the state’s population seems to have gone against Banerjee’s Trinamool Congress.

The BJP has no doubt emerged as the main opposition in the state. What Banerjee did not realise was that foot soldiers of the RSS have been covertly active with the Hindutva propaganda and the fear that it propagated that unless the National Register of Citizens (NRC) was implemented in Bengal the Bengali Hindus were in danger of being annihilated.

There also has been a major shift of the Left votes to the BJP.

First, what has helped the BJP to gain foothold in “secular” Bengal, says political analysts is that there was an undercurrent of a large section of Left cadres swing to the saffron brigade.

Second, after a 34-year spell in power until 2011, the CPI(M) in Bengal has started rapidly disappearing from the political landscape, with its workers and even leaders leaving the party in droves, most of whom joined Trinamool.