Is BJP Engineering A Mechanism To Dilute Autonomy Resolution In Kashmir?

Omar Abdullah, the vice-president of the National Conference said that the BJP in Jammu and Kashmir is making efforts to set up a state assembly which would nullify the autonomy resolution. 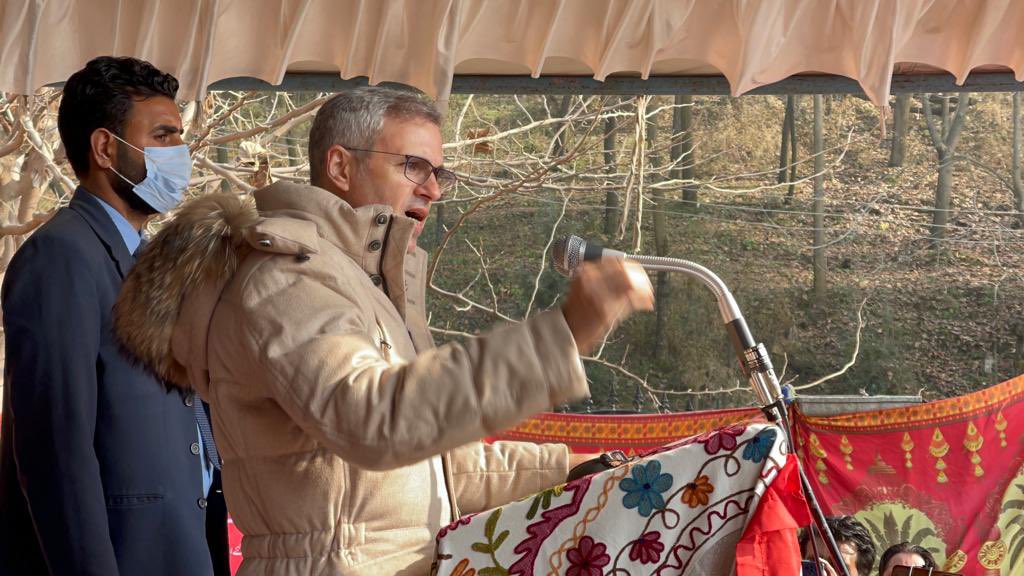 The National Conference has alleged the BJP of floating parties to help engineer a dilution of demand for autonomy in the Jammu and Kashmir Assembly.

Party leader, Omar Abdullah has on Thursday alleged that the BJP may be floating new parties to weaken a strong view against the abrogation of Article 370 in Jammu and Kashmir and that the BJP was making an effort to divide Kashmiri based parties as well.

“They (BJP) are making an effort after Assembly elections they pass a resolution that people are happy with the decision of August 5, 2019. It is necessary to give thought to it. They want through Jammu and Kashmir Assembly to nullify autonomy resolution and come up with a resolution that will say J&K Assembly is satisfied with the August 5, 2019 decision and people don’t want any change. And with that resolution, they will go to the Supreme Court to say people of J&K are against the petitions filed in the Apex Court challenging decisions of August 5, 2019. You understand the game plan,” Omar said, leveling allegations against the BJP.

Omar also said that the BJP’s efforts at weakening the opposition springs from an understanding that they would not gain support in the valley.

“The BJP knows that they will not get any seats in Kashmir. That is why they have come up with new parties in J&K. That is why we made Peoples Alliance so that our vote will not get divided. The alliance should remain there and their (BJP) conspiracy will not succeed,” Omar added.

“They announced the District Development Council polls presuming either we will get defeated or the People’s Alliance for Gupkar Declaration will end while fighting within for the distribution seats. Neither alliance broke nor did we lose elections. The alliance got more seats. This showed that people, both in Jammu and in Kashmir, are not with the decision of August 5, 2019. This is why they forced some members of the alliance out of the alliance,” Omar Abdullah further alleged.

On June 26, 2000, the Jammu and Kashmir Legislative Assembly adopted by voice vote a resolution accepting the report of the State Autonomy Committee (SAC), recommending greater autonomy to the State. Dr Farooq Abdullah had expressed confidence that it would be implemented. In 1996, when he took over as Chief Minister, Dr Abdullah constituted SAC and on April 13, 1999, SAC report was tabled in the House for discussion and debate. The SAC's main recommendations revolve around the restoration of the pre-1953 status in the relationship between the Union government and the State.

Speaking about the resolution, Dr Farooq Abdullah had said, “No one, including the National Conference, was ready to take up the challenge of the elections then. But, we were assured by the people in New Delhi on autonomy so we jumped into the elections at the risk of not only our lives but the lives of lakhs of people.''

“Our case (petitions filed challenging abrogation of Article 370) has strength. If our case would have been weak they would have started its hearing. They would have by now concluded it. They know August 5, 2019 decisions are illegal and unconstitutional. The Governor has no power to use constituent assembly powers. They cannot defend this case in the Supreme Court. If we have to save our land, our employment and our identity we have to strengthen National Conference,” Omar said.

“We have never resorted to illegal and unconstitutional means. We never gave weapons in the hands of our youths. We didn’t give them stones. When it was jail, we went ourselves first. Whether it was Sheikh Abdullah in 1953 or us after August 5, 2019. We didn’t make people suffer,” he added.