The message has been discreetly conveyed to Karnataka Assembly Speaker K R Ramesh Kumar to give up the post, which is conventionally held by a member from the ruling party. 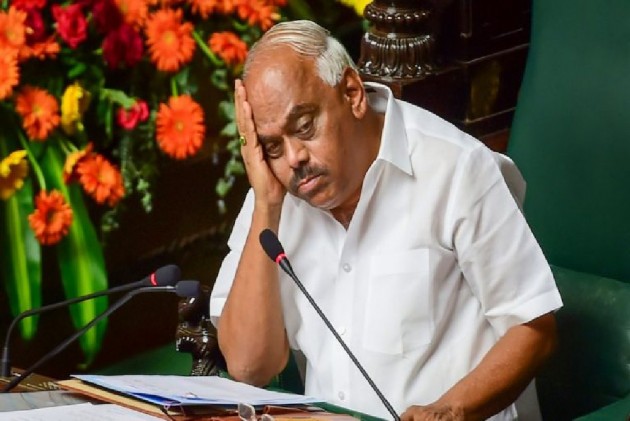 A day after it came to power in Karnataka, the BJP is contemplating to bring a no-confidence motion against Assembly Speaker K R Ramesh Kumar, if he does not voluntarily vacate the post, party sources said Saturday.

The message has been discreetly conveyed to Kumar to give up the post, which is conventionally held by a member from the ruling party, they said.

"We will move the no-confidence motion against the Speaker if he himself does not resign," PTI quoted a ruling BJP MLA who wished anonymity.

The legislator added, "Our first agenda is to win the confidence motion and get the finance bill passed on Monday. We will wait and see whether the speaker steps down on his own."

The MLA sought to know how there could be a Speaker from the opposition party.

"Once we win the confidence of the House, we will go ahead with moving no-confidence motion," he said.

The Speaker had even indicated that in a couple of days, he would take a decision regarding the rest of the MLAs including three from JD(S).

The raft of resignations by the rebel MLAs had brought down the coalition government in Karnataka and put the BJP on the straddle.