Madhav said the BJP would be happy if it received 271 seats on its own, adding "with NDA, we will have a comfortable majority." 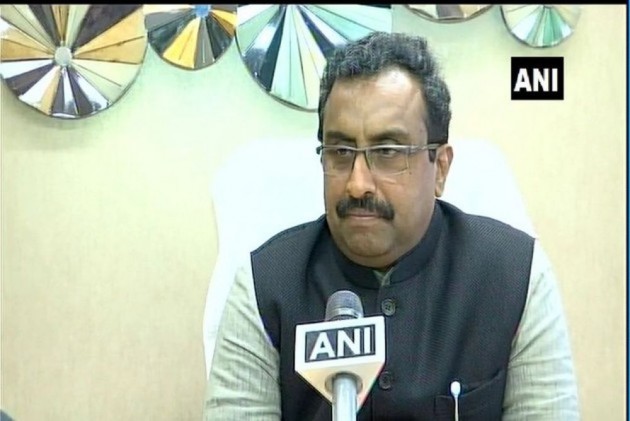 Bang in the middle of the election season, Bharatiya Janata Party (BJP) national general secretary Ram Madhav has dropped hints that the ruling party might fall short of the magic number required to form the government.

In an interview with Bloomberg, Madhav said: "As politicians, we must remember that what we achieved last time, we may not repeat because of anti-incumbency."

Madhav said the BJP would be happy if it received 271 seats on its own, adding "with NDA, we will have a comfortable majority."

Interestingly, Prime Minister Narendra Modi, Amit Shah and a number of other leaders have frequently attacked the opposition parties and said they would lead a "weak coalition" government if they came to power.

BJP President Amit Shah had, at the end of voting for the third phase, said that the BJP will live up to its 2014 tally in the ongoing elections too and form the government with full majority.

Madhav said the saffron party will make gains in the northeast as well as West Bengal and Odisha to compensate for expected losses in the northern states of Uttar Pradesh, Madhya Pradesh, Rajasthan and Bihar where a Modi wave catapulted the BJP to power.

"We have expanded in eastern India very well -- if similar effort had been put into south India also, probably we would have been more comfortable," Madhav said.

The BJP had won 282 seats in the 2014 Lok Sabha elections, relegating the then ruling Congress to a distant second spot with a paltry 44 seats.