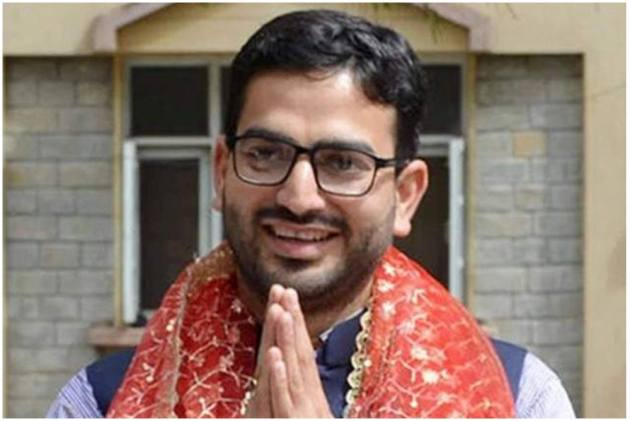 Even as the ruling BJP’s top brass is holding a two-day session of its 'extended core committee' to prepare for the next assembly elections at Dharamshala, the party’s local MLA Vishal Nehria has found himself in trouble at the home front.

Elected first-time to the assembly from Dharamshala, Nehria has been accused of domestic violence, torture and emotional blackmail by his wife who is a civil servant.

In a video, released on Friday, the 2019-batch Himachal Pradesh Administrative (HAS) Officer has sought police protection for her own safety as well as the safety of her parents, after she was abused physically and emotionally by her husband ever since their marriage in April 2021.

Superintendent of Police, Kangra, Vimut Ranjan confirmed having received a complaint about domestic violence from Nehria’s wife. He also confirmed that he had seen the video.

Nehria did not respond to the phone calls. Other BJP leaders were also evasive when contacted.

The woman officer alleged in the video that they got married on April 16, 2021 after having been repeatedly persuaded by Nehria and his mother. The duo had been friends in college and in an intimate relationship but eventually broke up.

“It was because of his erratic behaviour that I broke up with him and moved on with my life to focus on my career, first as Block Development officer in 2018 and then HAS officer in 2019. But, when Nehria became MLA in 2019, he returned to me with a marriage proposal to which I agreed thinking that he must be a changed person ” she recalls.

However, only a few days after the marriage, instances of domestic violence and abuse started again.

“I kept quiet and did not tell anyone, even his parents. But he continued to physically and mentally abuse me. He slapped me three times and I fell down from the bed. There are still marks of his fingers on my face, “ the HAS officer narrated.

The civil servant alleged that Nehria and his family had been threatening her and accusing her of torture and violence against her husband. Nehria also started blackmailing her with threats to kill himself to avoid the blame for any damage he may have caused her.

Following the threats, Nehria's wife decided to make the incident public through the now-viral video.

“I have returned to my parents as I don't think I am safe to live with him (Nehria) and his family. I need the protection and safety of myself and my parents. But, If Nerhia does anything further, I will take appropriate legal recourse,” she said.