BJP MLAs To Return To Karnataka From Gurugram Resort Today

Congress legislators headed to a private resort on the outskirts of Bengaluru after a party meet on Friday. 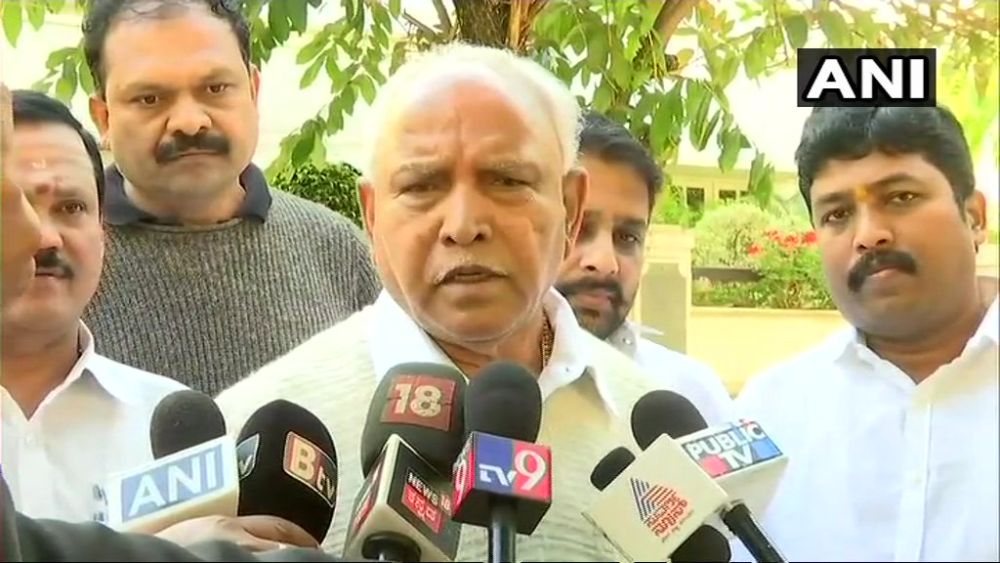 Karnataka Bharatiya Janata Party's (BJP) legislators will return on Saturday from a private resort in Gurugram where they were lodged for the last few days, a party leader said.

"All our MLAs have been directed to return to the state," state BJP President B.S. Yeddyurappa told the media.

Former Karnataka CM and BJP leader BS Yeddyurappa, in Bengaluru: Our MLAs are returning to Bengaluru from Delhi. We will tour the state and analyse the situation of drought. We will not destabilize this govt at any cost. Congress and JDS need not worry. pic.twitter.com/gQyH4OaIoR

The party was not trying to "destabilise" the coalition government as alleged by the Congress and Janata Dal-Secular (JD-S), he said.

"We are not trying to destabilise the government. We will work as a strong opposition."

Meanwhile, Congress legislators headed to a private resort on the outskirts of Bengaluru after a party meet on Friday, in an attempt to "safeguard" the MLAs.

"The BJP is indulging openly in horse trading. We need to have all our MLAs in our place and deliberate on the upcoming Lok Sabha elections (in April-May)," state Congress President Dinesh Gundu Rao told the media earlier.