The BJP cancelled its Parliamentary Party meeting, scheduled for this morning, after learning about Ram Swaroop Sharma's death. 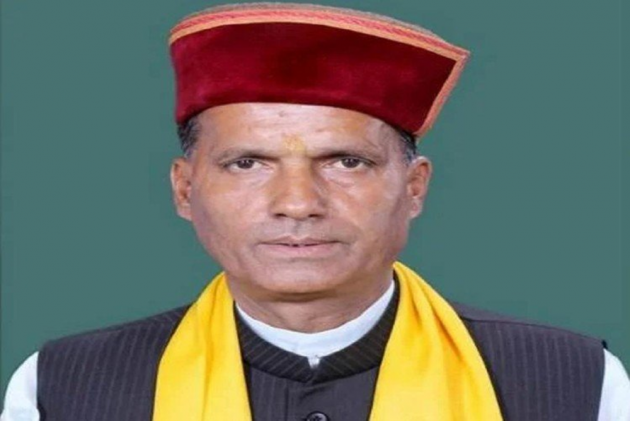 BJP MP Ram Swaroop Sharma was found dead inside his house in Delhi’s North Avenue on Wednesday morning. The police suspect that Sharma died by suicide. The body has been sent for postmortem.

Meanwhile, the Bharatiya Janata Party cancelled its Parliamentary Party meeting, scheduled for this morning, after learning about Sharma’s death.

Delhi Police PRO Chinmoy Biswal said his body was found hanging from a ceiling fan. He was taken to a hospital where doctors pronounced him dead on arrival.

Sixty-two-year-old Sharma had been suffering from various ailments.

Prima facie, it appears to be a case of suicide, the police said, adding that no suicide note was found from the spot.

An inquiry is underway and the exact cause of his death will be ascertained after a post-mortem examination, the police said.

Lok Sabha proceedings were adjourned till 1 PM after an obituary reference to Sharma.

Born at Jalpehar village in Mandi district on June 10, 1958, Sharma was a two-time MP.

He was elected to the 16th and 17th Lok Sabha from Mandi parliamentary constituency in 2014 and 2019 respectively.

According to the police, a call was made to the Police Control Room (PCR) around 7.45 am by his aide after the parliamentarian did not respond to knocks on his door.

A police team reached the spot and forced open the door and found Sharma hanging from a ceiling fan.

Earlier in February, Mohan Delkar, a 58-year-old Member of Parliament from the Union Territory of Dadra and Nagar Haveli (DNH) was found dead in a room at Hotel Sea Green South in Marine Drive. Police said a purported suicide note running over four pages, written in Gujarati, was recovered from his room. In the note, Delkar has blamed a number of persons, including a senior politician, for his act of taking his own life.