Akash Mukherjee (21) was taken into custody following the incident around 9.15 pm on Thursday, said the police. 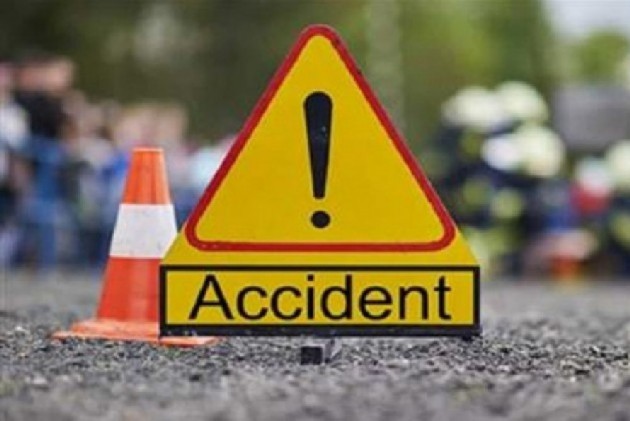 Actor-turned-BJP MP Roopa Ganguly's son has been arrested in Kolkata for allegedly ramming his car into the wall of an upscale south Kolkata club, a senior police officer said on Friday.

Akash Mukherjee (21) was taken into custody following the incident around 9.15 pm on Thursday, he said.

"We have arrested him for rash driving and damaging properties. No casualty was reported in the accident. His blood sample has been collected to check if it was a case of drunk driving, while the car will be sent for a forensic test," the senior officer said.

Mukherjee will be produced at Alipore court later in the day, he added.

Locals claimed that many people had a narrow escape, as the four-wheeler was being driven at a breakneck speed.

The car crashed into the boundary wall of Royal Calcutta Golf Club (RCGC) in the city's Golf Green area, breaking a portion of it, with the driver still trapped inside, they said.

Mukherjee, however, came out of the black sedan unscathed with the help of his father, who had rushed out of their apartment nearby on hearing the commotion.

In a tweet, Ganguly said on Thursday that law should take its own course.

"My son has met with an accident near MY RESIDENCE. I called police to tke care of it with all legal implications... No favours/ politics plz. I love my son & will tk cr of him BUT, LAW SHOULD TAKE ITS OWN COURSE (sic)," she said.

Tagging Prime Minister Narendra Modi in the tweet, the Rajya Sabha member said in Hindi, "I don't commit any wrong, neither do I tolerate one. I am not up for sale."