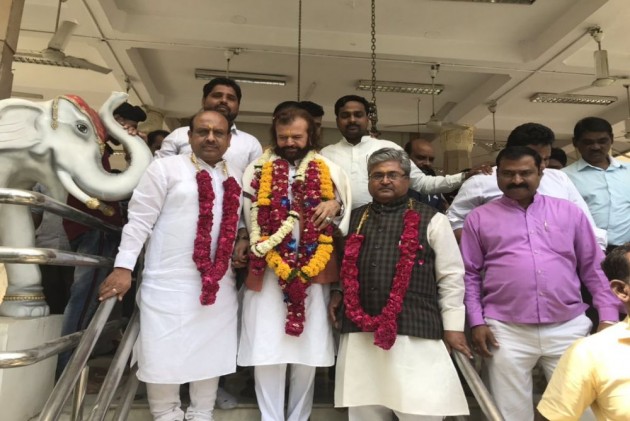 Hans Raj tweeted: "I will be honest and do my best to honour my services to the people of the nation under the guidance of Narendra Modi and Amit Shah."

The BJP on Sunday re-nominated four of its seven MPs from Delhi and on Monday named candidates in two other seats.

I will be honest and do my best to honour my services to the people of the nation under the guidance of shri @narendramodi @AmitShah ji.@BJP4India @BJP4Delhi https://t.co/ZMH3YlIMVb

Udit Raj, a former Indian Revenue Service officer, resigned from his post and formed the Indian Justice Party in 2003.

In 2014, he announced a merger with the Bharatiya Janata Party. He contested the 2014 Lok Sabha election on BJP ticket and won.

He had earlier threatened to quit the party if he was denied a ticket and said he would seek re-election as an independent candidate.

"I am waiting for ticket. If not given to me, I will bid goodbye to the party," he said earlier on Tuesday.

Parvesh Verma, son of former Chief Minister of Delhi Sahib Singh Verma, has got a ticket from West Delhi while Ramesh Bidhuri has been chosen for South Delhi.